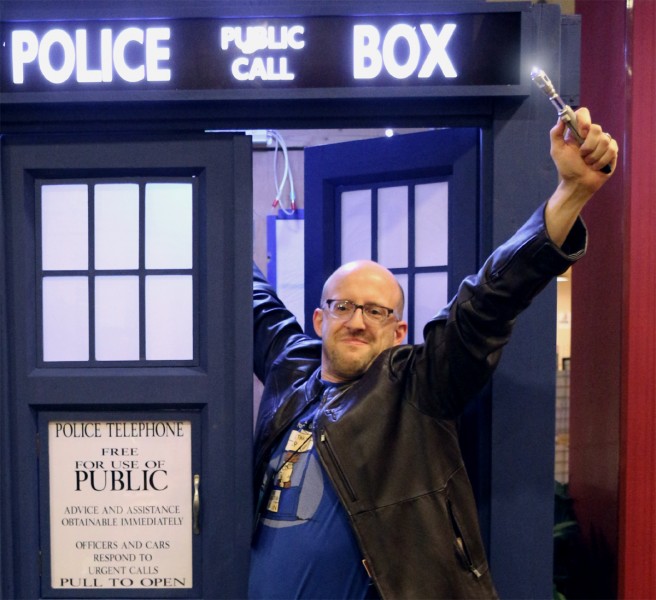 I was a relative latecomer to Doctor Who fandom. I’d caught glimpses of this weird-looking British show about a guy with a scarf and a mechanical dog who flew through time in a blue phone-booth of some sort, but I didn’t know much about it. And then I was in my hotel room one night at a convention, channel surfing and getting ready to crash, and I landed on the first part of “Blink.”

Fast forward a few years. I now own the shows, some tie-in books, a custom-made LEGO minifigure of the 10th Doctor and my own sonic screwdriver. And when I started writing Libriomancer, the first book in the Magic ex Libris series, I knew librarian Isaac Vainio had to be a fan of Doctor Who.

Isaac lives in Michigan’s Upper Peninsula here in the States, where he works for a local library and performs magic for a secret organization known as the Porters. Isaac’s power comes from his love and passion for books. He’s able to connect with stories so deeply that he can reach into the pages and create anything that fits through the physical book, from magic potions to lightsabers to, yes, things like psychic paper and sonic screwdrivers. (Though he’s never figured out how to actually use the sonic screwdriver…)

But Isaac’s fandom isn’t about the fancy toys and gadgets. The moment that truly crystalized Isaac’s character was during the episode “The Girl in the Fireplace,” when the Doctor first unmasks one of the clockwork androids who’s been hunting a young Madame de Pompadour.

The Doctor’s reaction is one of joy and amazement as he examines this thing that would kill him if it could. He exclaims:

“Oh, you are beautiful! No, really, you are. You’re gorgeous! Look at that. Space-age clockwork, I love it. I’ve got chills! Listen, seriously, I mean this from the heart, and, by the way, count those, it would be a crime, it would be an act of vandalism to disassemble you. But that won’t stop me.”

I watched that scene, and I said, “That’s Isaac. That moment right there.”

Of course, instead of a TARDIS, Isaac drives an enchanted convertible. (It does have a tiny TARDIS toy hanging from the rearview mirror, though.) His companions are a spunky fire-spider and a dryad who packs a pair of wooden swords. And, unlike the Doctor, Isaac is quite young, with a lot to learn about magic and the world. 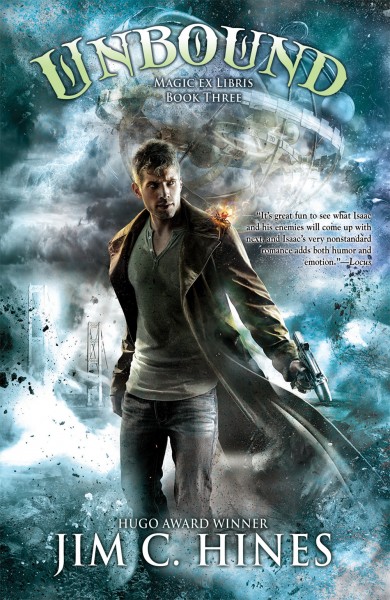 The third book in the series, Unbound, comes out on January 6. Isaac is a little older, a little smarter, and carries a few more scars from previous battles. But that core of hope and wonder remains. It’s at the heart of Isaac’s journey through the books, and it’s one of the reasons I wanted to write this series in the first place.

Because for me, science fiction and fantasy have always been a place of hope. What draws me to our genre is the sense of wonder and possibility. The optimism of the old Star Trek. The excitement of Doctor Who. The triumph of old books about reaching for the stars, colonizing other worlds, and growing as a species.

Isaac is a proud geek, a fan of all things SF/F, but Doctor Who holds a special place in his heart. Because while the show isn’t perfect, and some episodes are better than others, there are times when the Doctor gets it.

Thanks for letting me prattle on. You can read more about the Magic ex Libris books here, if you’re interested. But either way, I hope you continue to find stories that inspire you, and that you never lose that magic.