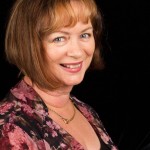 I remember the first novel I ever drafted. It had a woman called Leila as the main protagonist. Now this was pretty raw. Big story, much bigger than my skill at that stage. I remember the first reader feedback I got on the draft. This was back in 2000.

Leila is too strong. You can’t have a strong woman like that. It’s too feminist. You should soften her.

I remember arguing about this. New writers will do that. Argue about stuff. Also, this was my partner at the time so I always argued with him.

I remember being outraged on a number of levels. As with many first novels, I had a lot of myself in that story and Leila was built around me, how I’d react or pretend to react to situations. I was strong so why couldn’t I portray Leila as strong? And what was this feminist crap about? Leila was standing up for her rights and talking about rape not being okay. I should add that this was an SF story. So how was that feminist? So anyway that was my introduction to how some people respond to female heroes. I should note that the story was very feminist but I didn’t know it at that time. Who knew there was a genre called feminist SF? Also, it had a romance and there was a genre called SF romance too. (Head spins!) I know it now, of course, but I didn’t know it then.

Things have come a long way since then. Female heroes are growing more common. (Star Wars: The Force Awakens! Furiosa in Mad Max! Happy Dance!) and I guess also that the marketing power of 50 per cent of the world’s population is starting to come into its own. I saw the trailer for Superman versus Batman and I got a thrill, an actual thrill, seeing Wonderwoman! While I love superhero movies, I also respond well to seeing women cast in strong roles.

My Dragon Wine story was started in about 2003 and it, too, featured a strong female hero. Luckily, I didn’t listen to that first lot of advice. It has a lot of male heroes too, but Salinda is the central character. What I like about Salinda is that she’s seasoned. She’s done the ‘let’s fight for a cause’ thing and she knows she has to be smarter than being all action and no thinking. She overcomes adversity and has some pretty crap stuff thrown at her, but what I like about her is that it makes her stronger. It’s not that those events in her life didn’t leave their mark or take their toll, because they did. They have to, otherwise what happens would be gratuitous and I’m not into that. Everything in a story happens for a reason. Salinda won’t be beaten. She has to win because everybody will die. It’s that important.

Below is the blurb for Shatterwing, Dragon Wine book 1.

Since the moon shattered, the once peaceful and plentiful world has become a desolate wasteland. Factions fight for ownership of the remaining resources as pieces of the broken moon rain down bringing chaos, destruction and death.

The most precious of these resources is dragon wine — a life-giving drink made from the essence of dragons. But the making of the wine is perilous so it’s undertaken by prisoners. Perhaps even more dangerous than the wine production is the Inspector, the sadistic ruler of the prison vineyard who plans to use the precious drink to rule the world.

There are only two people that stand in his way. Brill, a young royal rebel who seeks to bring about revolution, and Salinda, the prison’s best vintner and possessor of a powerful and ancient gift that she is only beginning to understand. To stop the Inspector, Salinda must learn to harness her power so she and Brill can escape and stop the dragon wine from falling into the wrong hands.

Shatterwing is free until mid-January in ebook format. Why not check it out. 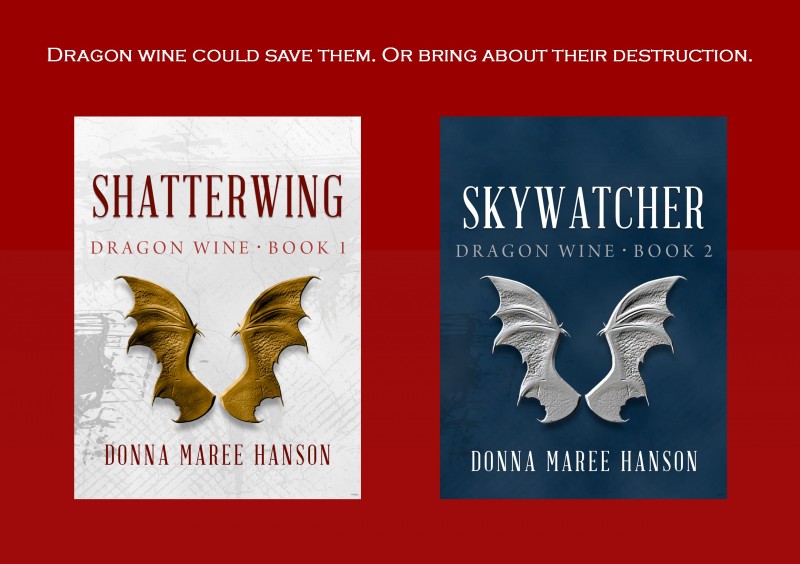 Donna Maree Hanson is a Canberra-based writer of fantasy, science fiction, horror and, under a pseudonym, paranormal romance. Her dark fantasy series (which some reviewers have called ‘grim dark’), Dragon Wine, is published by Momentum Books (Pan Macmillan’s digital imprint).  Book  1: Shatterwing and Book 2: Skywatcher are out now in digital and print on demand. In April 2015, she was awarded the A Bertram Chandler Award for “Outstanding Achievement in Australian Science Fiction” for her work in running science fiction conventions, publishing and broader SF community contribution. Donna also writes young adult science fiction, with Rayessa and the Space Pirates and Rae and Essa’s Space Adventures out with Escape Publishing.

To enter the draw, comment on one of Donna Maree Hanson’s blog posts during the blog tour or share the blog tour links on social media (Twitter and or Facebook). Your name will go into the draw.<

Donna will be providing three print copies of Shatterwing to three people drawn from those who comment on the individual blog posts during the blog tour or share blog links. To enter you do not need to download a free ebook of Shatterwing.

Entry is open worldwide as copies will be provided from Book Depository and, therefore, they will not be autographed. The draw will be random and no correspondence will be entered into. Blog tour and competition closes midnight January 15, AEDT (Australian Eastern Daylight savings Time). Winning entries will be contacted to obtain postage details. Winners will be announced on http://donnamareehanson.wordpress.com and on Twitter and Facebook on January 16.  Good luck!