On the evening of 22 September 2012, All Star Comics Melbourne launched three horror graphic novels created by the below talented people from FEC Comics. 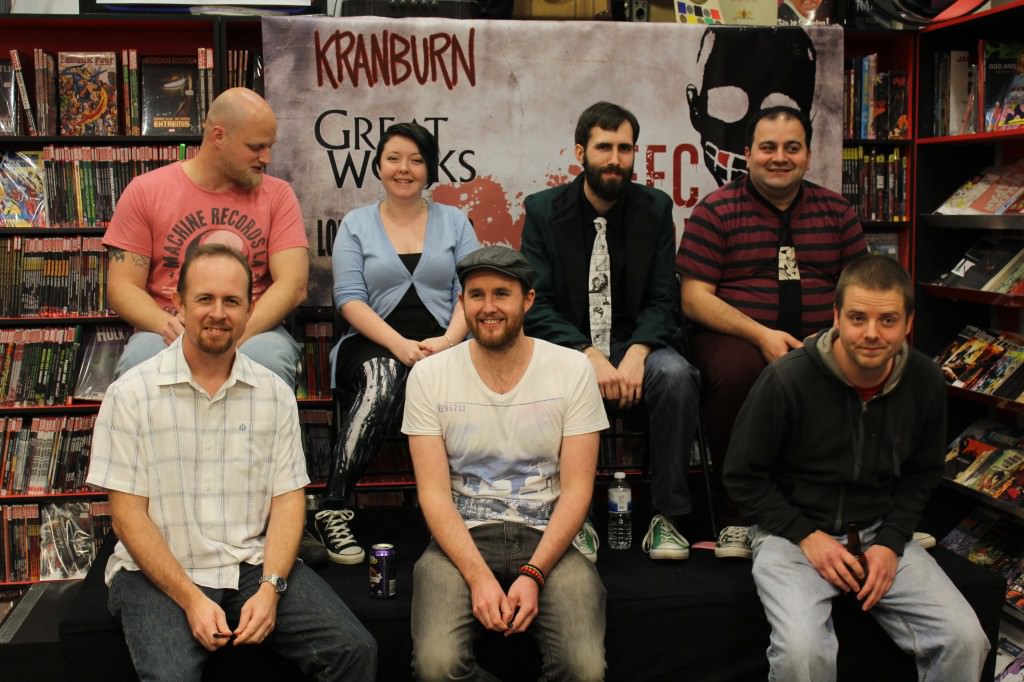 Dean Arcuri of Guy Fi (the gay geek podcast) MC’ed this event, first introducing the creators then facilitating questions from the audience.

KRANBURN #4
Ben Michael Byrne returns with the beginning of his second chapter. Brand begins his war against Lord. Blood spillage is a promise.

SEVEN
Fairy tales were once not so child-friendly. Alisha Jade delves into these origins and presents her interpretations.

NOTE: At one point in proceedings, Alisha cried ‘Women in comics!’ and the crowd cheered.  Alisha is why this post is listed under the feminist ballot category.

All Star Comics is known for its customer service, hosting events like this one and for being female friendly.  While guys are usually the majority, every event I’ve attended has had a number of women and often children attending.  A good portion of the events held here also include women creators like Alisha Jade.  Even if they are a minority, the women obviously feel comfortable.

People stood around chatting and drinking with many queuing for drawings and autographs before the formal launch (see the above video), then more of the same afterwards.  This was a relaxed, enjoyable event followed by a major hike in search of a nice pub that served meals without a huge queue out front.  Eventually we settled for the Imperial, by which time we had a choice of pizza, pizza and – you guessed it! – pizza.  There were a number of beers on offer, however, as evidenced by the gay guy’s ability to procure Stella in glasses a cut above the rest.

Yesterday I received a parcel at the Post office. I decided to wait until today to open it, waiting for a time when I could really enjoy it. LOOK AT THIS! Handmade felt, handmade bear and a lovely note in a cute envelope! Thank you so much @suzanzibar_art !