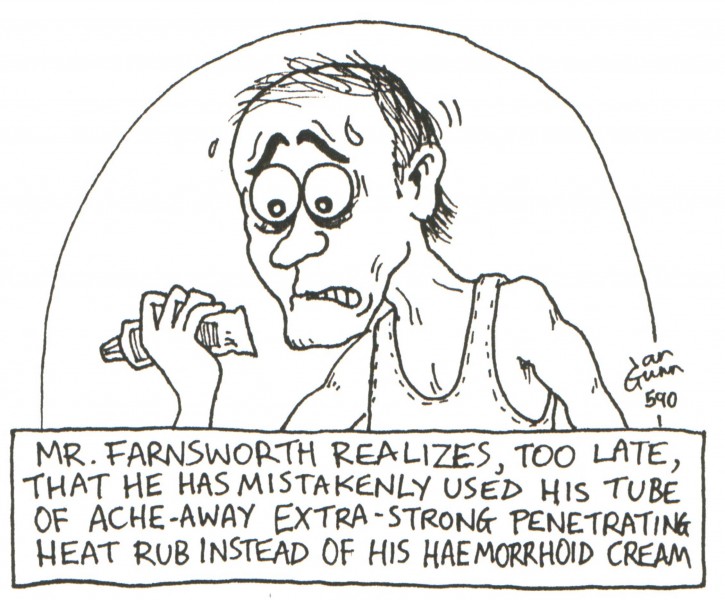 Farnsworth, this week’s illo, I get. Back when I was one of the two inevitable things in life — Death or the Taxation Officer — Max (aka ‘Buzz’ because too many Max’s worked in File Control) walked out of the men’s room almost howling. He applied Deep Heat to sore muscles then forgot to wash his hands before taking a leak. Ever since, I’ve been careful to wash my hands at least twice after applying Deep Heat. Farnsworth, however, has gone one step further…