The history behind this fanart of The Starless Sea.

My family is well aware that art and craft is part of who I am. My son used to encourage me to paint because, according to him, I was a better person to live with when I did. (Interpret that as I was too intent on my own thing to enforce house rules like HOMEWORK, limiting computer time, and chores.)

Even before I’d heard of ‘fanart’, I was creating it. I drew Star Wars pictures when I was in high school, for example. Unfortunately, my family was less than supportive so they threw all that artwork away.

However, my husband is very supportive. He also realised this year that I desperately needed something to replace university studies after the University of Canberra suspended me for asking that staff not assault me again then they expelled me in 2018. In 2019 they tried to have me jailed for talking about their unlawful and criminal conduct. I was and am still traumatised, but I’ve embarked on recovery.

The road to recovery

My husband’s supportiveness included encouraging me to return to scrapbooking, a pastime I’ve dabbled in since the 1990s. Since that time I’ve attended the odd class, nearly finished pages or half-finished pages, then left them in storage. But now? Now we don’t have dependent children, a financial constraint and time sink. I don’t have parental duties or study or work. Now I’m focusing on Dark Matter Zine and arts and crafts.

I’ve done very little art since the University of South Australia effectively expelled me from the Bachelor of Visual Art despite a distinction average, awards for excellence and a number of selected exhibitions. (See the Australian Human Rights Commission’s finding of disability discrimination in 2007 for more information about UniSA’s discrimination against me.) But now I’m on the path again. One thing I’ve discovered and that I love is the abundance of YouTube tutorials. I’ve been watching them increasingly over the past four months, learning and acquiring tools.

Yesterday I even dug out my paints and checked: at least some are still viable! I will be able to paint again! But for the time being, I’ve been focusing on the easier stuff, taking baby steps.

And so the fanart begins

I’ve been inspired by literature. Don’t ask me why, but scrapbooking my precious photos is too difficult a place to start. DON’T TOUCH MY PHOTOS. But scrapbooking actual books as fanart? That’s FUN. 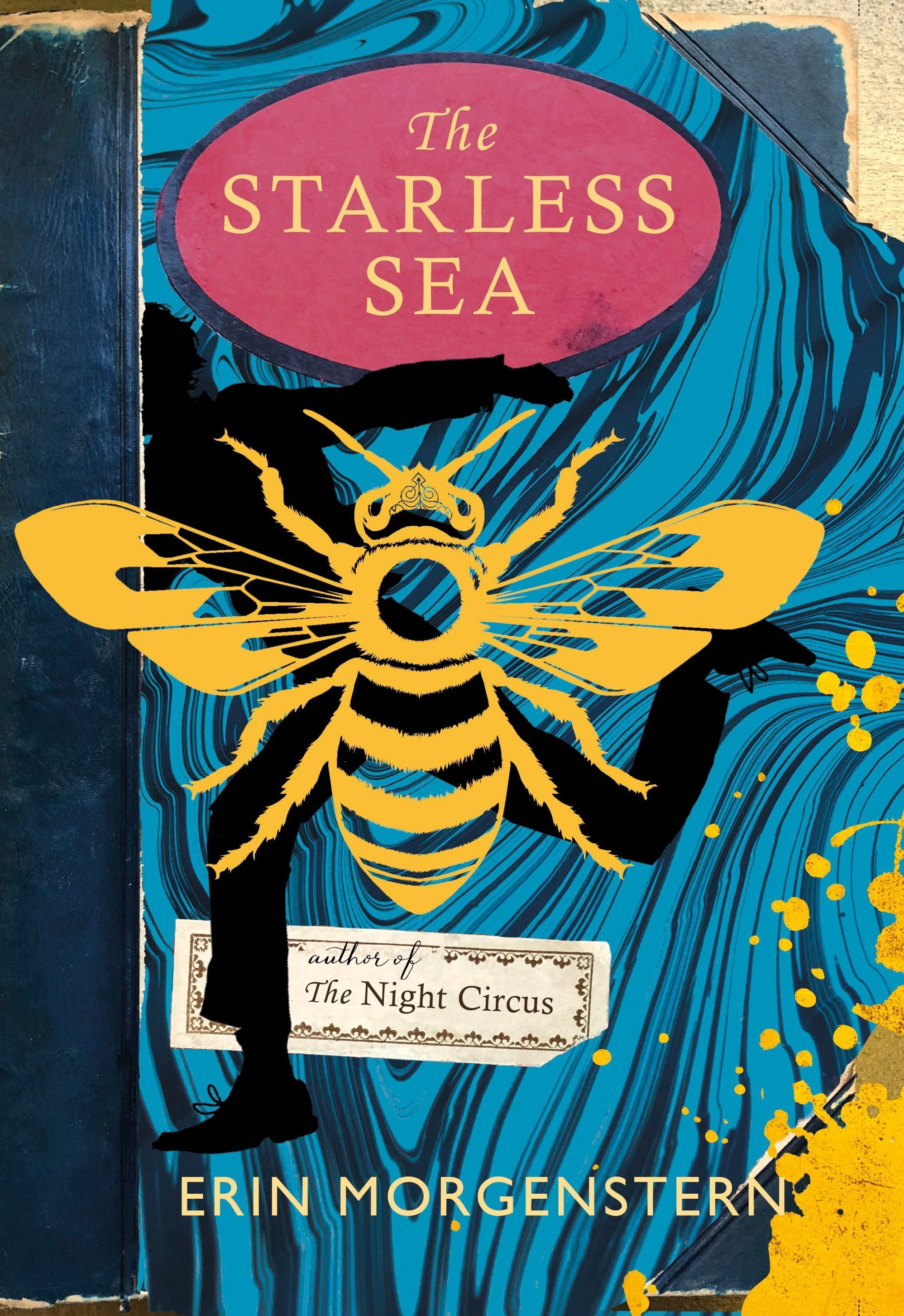 I’ve loved several books this year for a wide range of reasons, but mostly because they were so perfectly written FOR ME. One of these books was The Starless Sea by Erin Morgenstern. If you want to learn more about the book, my review is here and Penguin publishes it in Australia. This cover is, in my opinion, much prettier than the cover I’ve seen for the overseas edition.

I made a couple of attempts at scrapbooking a single page to represent this multilayered story. My first attempt (below) was foiled due to lacking tools. The lock was too big on the page because I couldn’t cut a smaller keyhole. So then the doorknob was too big although I quite like the sun (pale gold circle) behind the ship.

I didn’t have any star dies so I tried using origami and following a YouTube tutorial. The problem with that is this method requires larger paper with the end result being too big to work. Despite repeated applications of glue, this star keeps unfolding because it’s too thick.

I’d also envisaged more keys and stars and … Let’s just say that the layout wasn’t working because certain elements were too big. I left this attempt here. 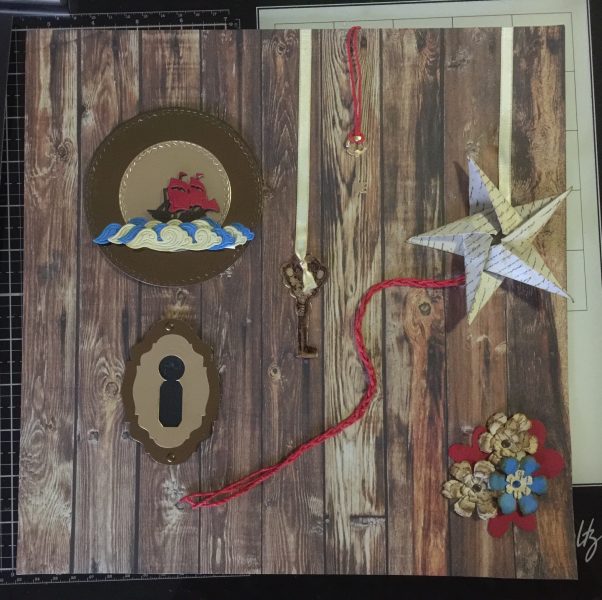 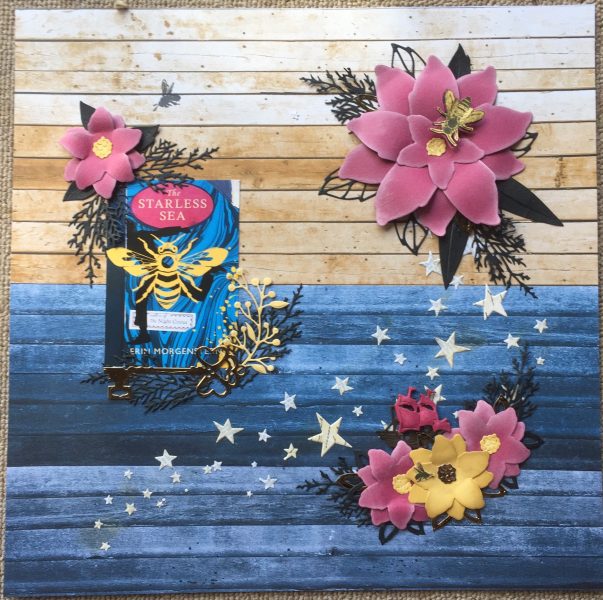 Although this second version is still far from perfect, it benefited from practicing techniques, acquiring tools and watching videos for ideas and instructions. You can see I’ve kept many of the same elements: a woodgrain base layer to reference a door, stars, paper flowers, a key and more. I discovered that my printer uses archival ink and will print to 4 X 6 photo paper. I’m quite impressed with the quality of the image, particularly as it’s a cheap(ish) printer.

I also purchased some bee stamps because BEES. How can I have a complete fanart image of The Starless Sea without bees?

I kept the ship although I changed the sails. The sails in the book are red but I thought pink coordinated much better with the colour scheme. After all, the label supporting the title on the cover is pink not red!

And this time I think the page is good enough to move on to another project.