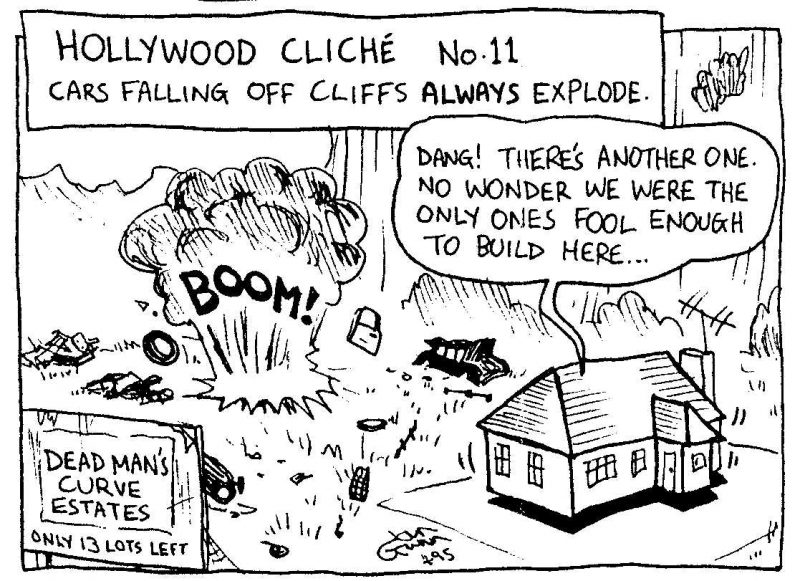 Inside the house someone says: Dang! There’s another one. No wonder we were the only ones fool enough to build here. (In Dead Man’s Curve Estates, only 13 lots left.)

We don’t have hydrogen-powered cars because of their tendency to explode and in real life I’ve only ever seen one car burst into flame at a set of traffic lights. Thus Hollywood’s predilection for falling cars exploding is bizarre. I’m sure Mythbusters tried this.

Ian seemed to revel in his use of onomatopoeias. Lovingly. Like a lunatic. I wonder if he did the loving leap?