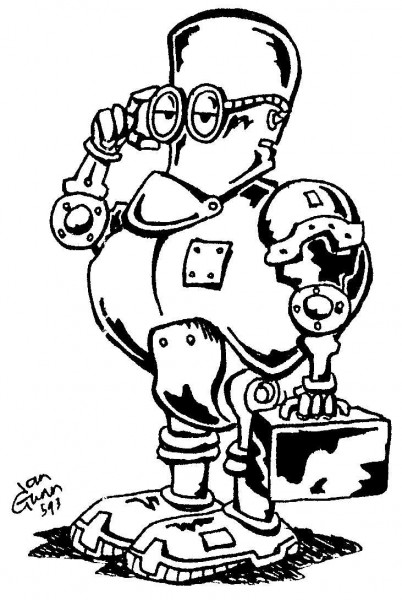 This executive robot looks like a CEO, senior management or board member. I googled ‘executive robot’ wondering if it was a pun relating to executive powers (intelligence) or some such thing.

What I found was Black Book Executive’s post on how a Baxter Robot works.

So. The truth is out there. Alan Baxter is a robot. His artificial intelligence has passed the Turing Test, fooling us all.