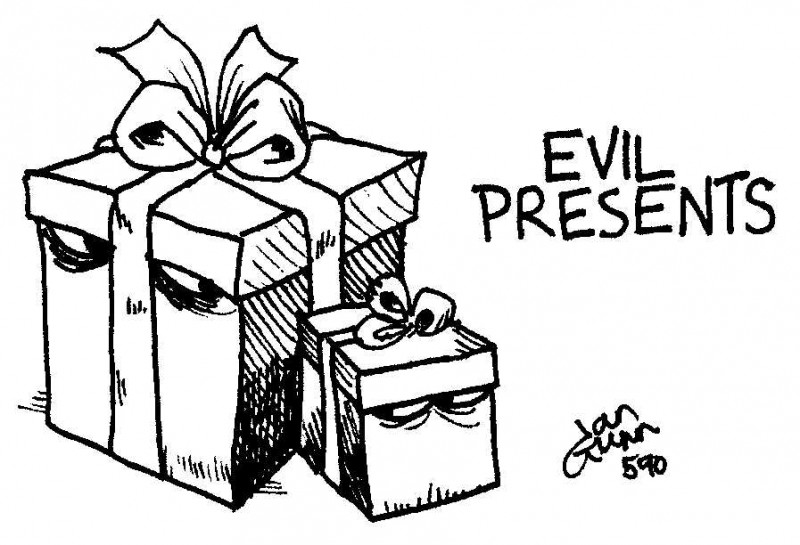 These evil presents obviously belong under a Christmas tree on Doctor Who and yet Ian drew this illo last century, before Doctor Who had Christmas specials in their current form.