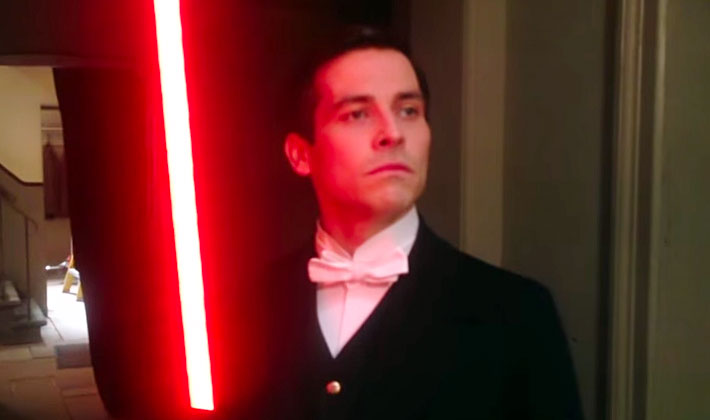 Downstairs Downton Abbey with light sabers. Seriously, this is a thing.

Rob James-Collier plays Thomas Barrow in Downton Abbey. He’s set out to raise money for children with multiple sclerosis. His campaign: to raise 10,000 pounds. That’s, like, UK money because they haven’t discovered metric systems of money yet. He’s filmed a Downton Abbey—Star Wars fan film on set between takes, giving the downstairs staff light sabers and an epic battle of good versus evil.

Evil Butler begins… The story starts at about 1:29.

This is a fantastic way to raise money and get people involved! Good on ya, Rob!