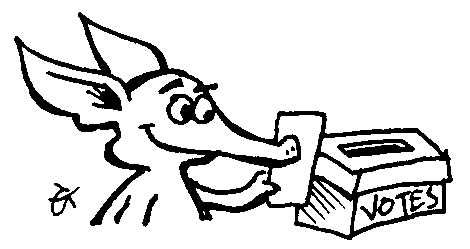 I wonder if Ethel voting refers to the Melbourne Science Fiction Club’s AGM where they vote for a committee or if it’s a political election with larger concerns. Anyhow, Ethel voting reminds us all of the interminable lead-up to elections occurring in the United States and Australia at the moment.