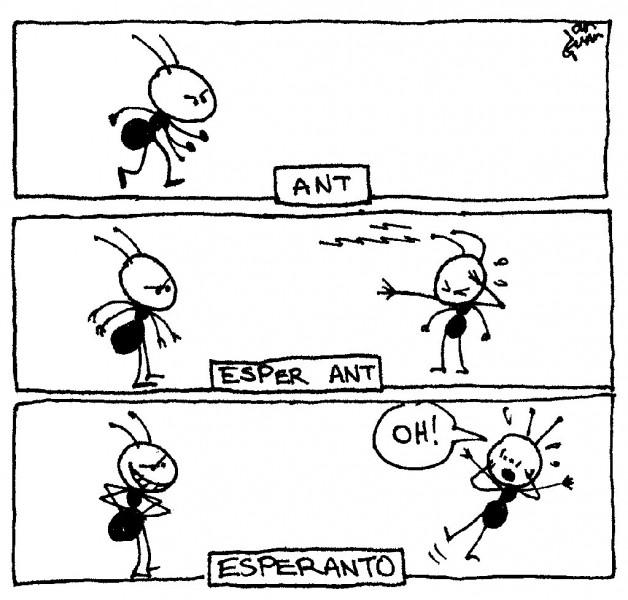 In the mid-twentieth century, some authors believed Esperanto, a ‘common’ language, would be used to facilitate communication between cultures. So, of course, Ian made a pun out of it, for which I take no responsibility. [shifty eyes]