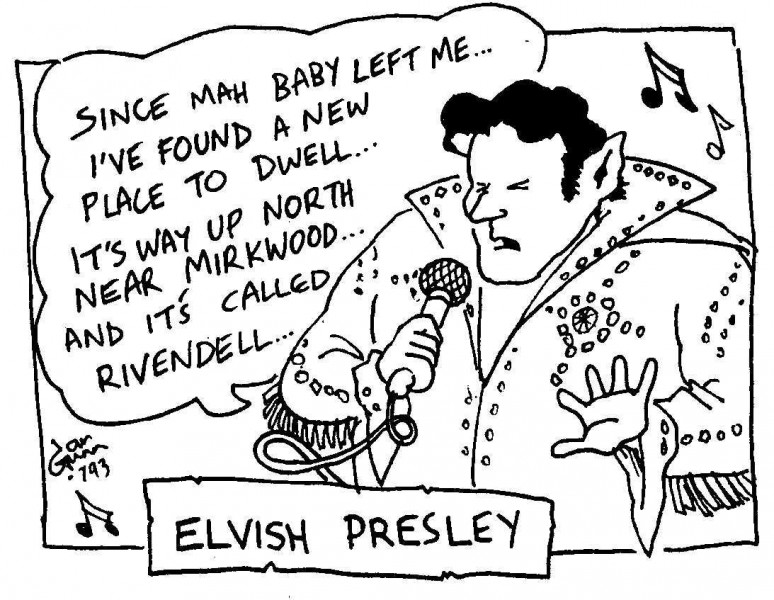 Mind. Officially. Blown. I can’t imagine Hugo Weaving as Elvish Presley but I can totally imagine David Bowie as Elvish Presley — especially after Labyrinth AND learning that Bowie auditioned for the part of Elrond. Sorry, Hugo, but I want history rewritten…