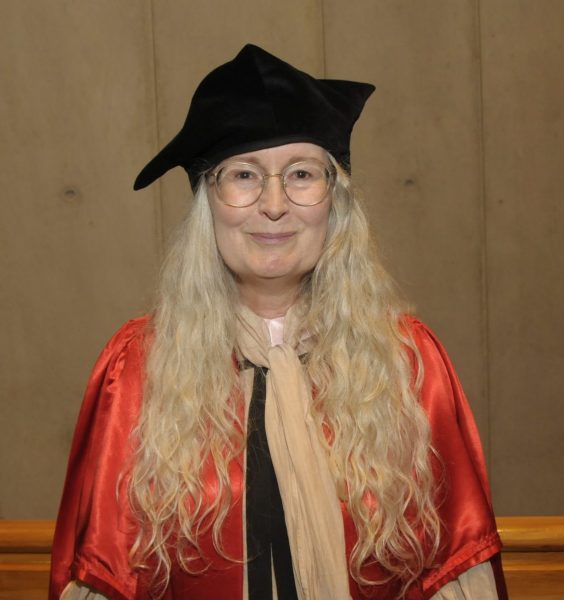 In this podcast (link above and on all good podcasting websites), Nalini Haynes interviews Elizabeth Knox.

Knox is an Arts Foundation of New Zealand Laureate. The Prime Minister acknowledged her services to literature in various ways. Knox has a very very long list of other awards. She teaches World Building at Victoria University and lives in Wellington, New Zealand with her husband, Fergus Barrowman, and her son, Jack.

You can find Elizabeth:

You can find Elizabeth on Twitter and her website. And, if you want more information, google is your friend. Loads of websites have reviews and interviews.

I reviewed the Absolute Book recently. Elizabeth Knox was a guest on DMZ in 2020; the podcast is here and on all good podcasting platforms. And I previously reviewed Mortal Fire. (Admittedly I haven’t read Knox’s other books yet but I’ve decided to give myself a “break” and read some older books. Just because.

I planned to talk about the Authors For Fireys challenge that Elizabeth Knox supported. She auctioned a manuscript assessment to raise money to support Australia’s firefighting challenge early in 2020. (Remember the “good old days” before Covid19 when Australia was burning and the federal government repeatedly turned down international aid, permitting the fires to get well and truly out of control?)

Please tell us about your latest novel, the Absolute Book.

You said, “we need sustainability, not growth” in your novel and in an interview. Why?

In the Absolute Book, Taryn had to decide what it was that she really wished for, what she really wanted. In an interview you said you want readers to understand what it is they’re wishing for. Why is this so important?

Why do you enjoy browsing in libraries and bookshops?

On The Absolute Book by Elizabeth Knox coming to America (much better than that Eddie Murphy movie):

In his review, titled “This New Zealand Fantasy Masterpiece Needs to Be Published In America, Like, Now”, Kois describes the book as “majestic” and “brain-bending”, lamenting that it hasn’t been picked up by an American publisher.

“This is an enormous shame and a huge missed opportunity on the part of American publishers large and small, any one of which should be leaping at the chance to publish something this important, this beautiful, and this much fun.”

This information is paraphrased because that website doesn’t understand active tense and I value my SEO rating.

For services to literature

The Prime Minister appointed Ms Elizabeth Knox as an Officer of the New Zealand Order of Merit in 2002 for her services to literature.

Ms Knox continued to write critically acclaimed books, winning both national and international awards for her novels and literary collections. Since 2002 she wrote several novels including her first young adult series, ‘The Dreamhunter Duet’. The first book in the series, ‘Dreamhunter’, won the 2006 Esther Glen Award and the 2007 ALA Best Books for Young Adults award. The Montana New Zealand Book Awards shortlisted it in 2006. It won a ‘White Raven’ by the International Youth Library in 2006. The sequel ‘Dreamquake’ (2007) was a Michael L Printz Honour book. It was named an ALA, a CCBC, Booklist, and New York Library best book in 2008.

Her collection of personal essays titled ‘The Love School’ won the biography section of the New Zealand Book Awards in 2009. Her 2013 book ‘Mortal Fire’ won the New Zealand Post Children’s Book Award for Young Adult Fiction and was a finalist in the Los Angeles Times Book Awards. Most recently in 2019 she published ‘The Absolute Book’. The Prime Minister gave her the Award for Literary Achievement. Ms Knox currently teaches a World Building workshop for fiction at Victoria University of Wellington.