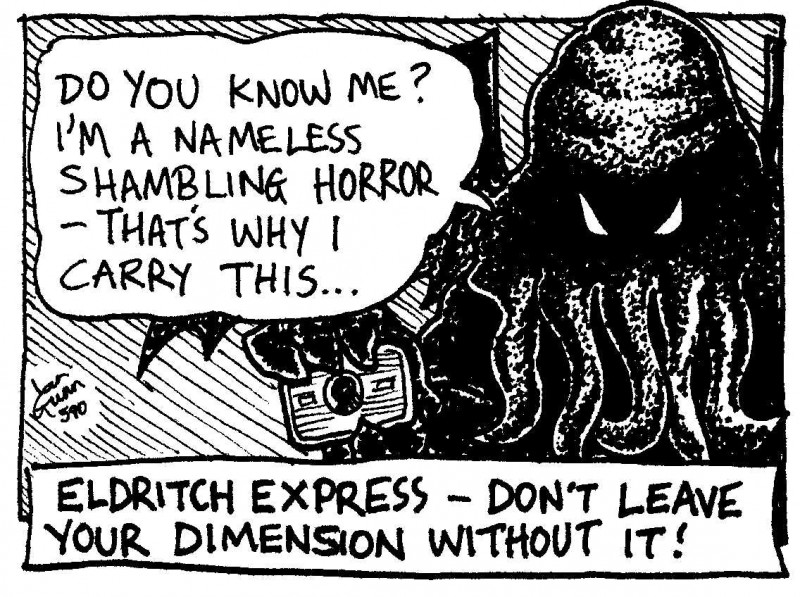 To me, Eldritch Express implies an express train but, to Ian, it looks like a Visa card… because nameless shambling horrors need their ID and have to pay for stuff somehow!