Benjamin Stevenson is an award-winning comedian who has successfully made the transition to crime writing. The Ned Kelly Awards shortlisted his first novel, Greenlight. Either Side of Midnight is the sequel to Stevenson’s 2018 debut but can be read as a standalone release. I have not read Greenlight.

This latest Australian-based crime novel from Stevenson is the compelling story of a murder masked as a suicide. It is a complex case involving identical twins, a television presenter who shoots himself live on air and a seemingly connected historical second murder. What more do you need to keep the reader well and truly intrigued and guessing?

Either Side of Midnight ensnared me. I did not know who to trust or what to believe until the climax. I loved the fact that it kept me guessing right up to almost the end.

Jack Quick, a former true-crime documentary maker, first appears in Stevenson’s debut novel, Greenlight. At the beginning of this story, Quick is just out of prison and needs to make some money. Enter Harry Midford who offers him big money to investigate the truth behind his twin’s death.

These are the two main characters of this book and they could not be more different. I warmed to Jack’s character immediately. He is a very complex man with a troubled his past that continues to haunt him. His unique vice (let’s face it most male crime solvers in books have them) is bulimia. Jack’s bulimia began with an event in his adolescence. He continues to use bulimia to punish himself.

On the other hand, I struggled to like Harry. He is arrogant and seems so sure of himself but this gradually softens as the story unfolds. It was hard to change my mind about him by this point though.

I enjoyed Either Side of Midnight‘s premise, especially the complex lead character, Jack Quick. Wanting to know more about him will, no doubt, compel me to read Greenlight. It is not a pacey read but, if you enjoy crime mysteries, I encourage you to give this book a go. It is an original plot that will not disappoint.

If you enjoy suspense & thrillers, you might enjoy Devoted by Dean Koontz. 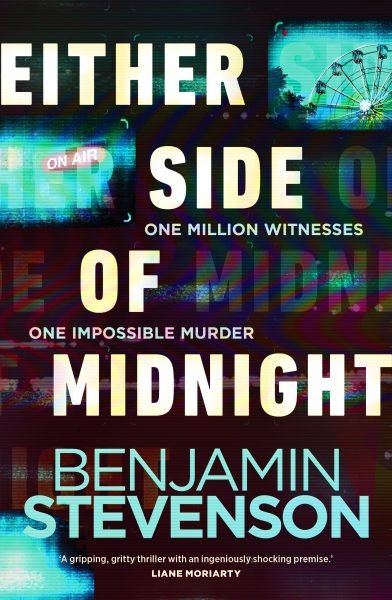