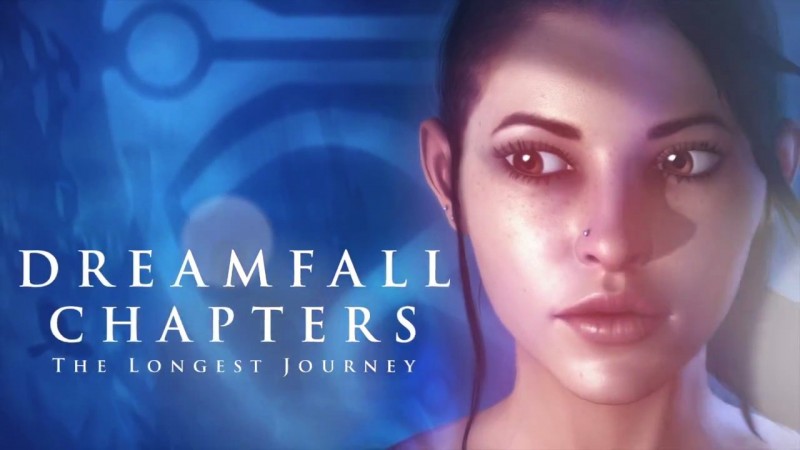 Over eight years have passed since Funcom published Dreamfall, a sequel to the acclaimed point-and-click adventure game, The Longest Journey. The sad news was that Dreamfall failed to sell enough to make any established publishers interested in resurrecting the franchise and all hope for a sequel seemed lost. With the advent of crowd-funding, Ragnar Tornquist (writer/director of all TLJ games) created a new studio (Red Thread Games), seized the opportunity and launched a Kickstarter to build the conclusion to Zoe Castillo’s story.

After smashing their initial target, ecstatic fans (including yours truly) settled into another long wait with excitement and enthusiasm, along with trepidation and fear that the game may not live up to nostalgic expectations. Red Thread Games have already proven these fears unfounded. If you loved Dreamfall, you will fall in love all over again with Chapters. I expect the reverse is also true though, and haters or non-fans of the former will not be wooed by the latter.

For those of you who haven’t yet played Dreamfall and the first cutscene of Chapters, I’d recommend exercising caution as spoilers are ahead.

When you launch Chapters for the first time, there is a newly minted recap of the previous game available; highly recommended if it’s been a while since you last visited the worlds of Arcadia and Stark.

Upon beginning a new game, the prologue begins almost immediately after the final moments and frustrating climax (see: cliffhanger) of Dreamfall, refreshing us on the situations the playable characters are in.

We see April Ryan’s funeral ceremony, presumably indicating that she did in fact die, apparently ending the debates floating around various internet forums post-Dreamfall. That being said, let’s be realistic. There’s no way she won’t be featured at some point later on. Dreamfall may be Zoe’s story, but The Longest Journey is April’s — and it’s not yet complete.

Zoe is still in her coma, and has become a guardian to those trapped in the “Dreamtime”, within nightmares they can’t escape from brought on by using ubiquitous “Dream Machines”. Kian Alvane is languishing in prison with his execution looming, sentenced for betraying his kin during the latter stages of Dreamfall.

Chapters then gives first control of the player to Zoe, trapped in “Dreamtime”, helping others while musing on the state of her corporeal body. Book One offers the first two chapters of the overall story and a short interlude before coming to an end all too quickly.

The length of the episode is a double-edged sword: a cause for frustration and anticipation. After many years of waiting for any scrap of news about development, then development itself, Book One is then over in roughly four hours. However, given the developers have stated this is the shortest of the five Books, the game should be well over 20 hours by the time it is complete. That’s as much as I was hoping for: the length of a season of television or similar long-form storytelling.

The writing and dialogue are top notch in the given medium. The lines are snappy, and the characters themselves are ever relatable and unique. The Europolis portion of the first chapter is deeply political and although set far into the future, is (like much good Sci-Fi) more relevant than ever and tackles issues of authoritarianism and corporatocracy with Orwellian overtones.

As the player reaches certain junctions and crossroads during the story, you are given various choices with seemingly important and varying consequences. At this stage, apart from one fairly major branch in the initial chapter, how choices affect the game remains to be seen.

I imagine it’s causing many headaches from a design perspective to plan and write for all the different story branches that have already been opened up from the choices made (ideally moving away from norm in games whereby different choices ultimately result in exactly the same outcomes). I’m cautiously awaiting how these are addressed later on. I suppose my skepticism is due to the fact no game has so far accomplished what Red Thread are trying to achieve. Fingers crossed.

The core gameplay of Chapters is fairly similar to its predecessor, with third-person movement and control, interacting with objects in the environment and with the numerous, lengthy cutscenes rendered in-game. The combat and stealth sections of the original Dreamfall are gone, to the disappointment of absolutely noone who played the previous game. They were fucking atrocious and I breathed a sigh of relief to know they’re gone.

It’s hard to judge much of the gameplay of Dreamfall Chapters just yet, given that Book One serves as a tutorial and a foundation of what is to come. It would be unfair of me at this stage to level too much criticism on puzzle elements, but I’ll have more to say on these elements in future reviews. Book One simply gives the player a crash course with interacting with items, the interface and the game world. Given my past experience, all initial puzzles were a breeze and I was never stuck trying to figure something out. For the most part, I moved effortlessly from point to point eager to advance the story.

As far as the technical side of the game goes, it’s not always sunshine and roses. The Unity engine is at the core of the game, with awesome visuals thanks to the hard work of the Red Thread team, but with the warts and lesions of an emergent platform more suited to mobile games on a smaller scale. Especially in Europolis, performance issues plagued the experience. Even running a GTX 970 and a powerful Intel processor, I barely managed 30 FPS with dips below 15. The area looks nice — but not THAT nice.

Apparently (since I played) the developers have already made sweeping improvements to overall performance and stability, but as Europolis is the largest and most ambitious game area ever created in Unity it’s no surprise that it’s causing issues in playability and performance. This detracted significantly from my immersion during these sections, and I’m hoping that when we revisit Europolis in later chapters we can look forward to a much smoother ride.

On a lighter note, just as we’re accustomed to from previous games, the voice acting and music are superb. The actors do a fine job bringing the script to life, often times better than in previous games. My main gripe is that the characters in-game have poor facial animations and visual delivery of lines hasn’t improved much from 2006’s Dreamfall. I often found myself looking away from the screen during prolonged conversations and absorbing the material as if it were a novel or script, rather than subjecting myself to the uncanny-valley visuals of the stiff models in-game.

I enjoyed my time with Book One, although it was far too brief. If the developers can maintain consistency in writing and design interesting/challenging puzzles, I’ll be happy. However, performance improvements are vital to improve the overall experience and I’d love to see more attention given to facial animations and expressions. Dreamfall Chapters is approaching greatness but it’s not quite there yet.

It’s early days yet and I can’t wait for more.