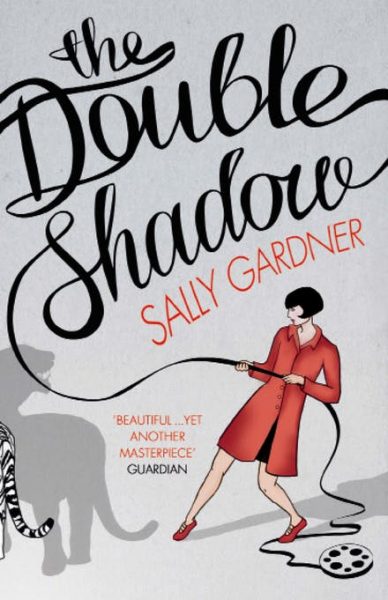 a review by Rebecca Muir

The Double Shadow tells the story of Amaryllis Ruben, the daughter of a charming, rich inventor named Arnold Ruben. Beautiful and clever, Amaryllis should be one of the lucky ones. However, her life has been tainted by shadow and sorrow. After losing her mother, Amaryllis then lost her memory at the age of eight. Forced to rebuild her identity with none of the memories of love and happiness from her childhood, Amaryllis has now become a rebellious teenager, drifting apart from her father who is haunted with guilt from the past. After one incident too many, she is expelled from her boarding school and sent home to “the old mausoleum” as she calls it. There she gets to know the son of the cook, a boy called Ezra. On a whim, to show her how privileged her life really is, her father orders Ezra to attend classes with Amaryllis with her new governess. It is a situation neither of them is particularly happy with. Studious and diligent, Ezra is very different from Amaryllis. As they get to know each other, Ezra begins to understand some of the dark secrets hidden in Amaryllis’ heart. Is he the one person who can reach out to her and help her – can he rescue her from the terrible destiny which is looming on her seventeenth birthday?

The Double Shadow feels like a Doctor Who story, minus the Doctor. It has the gritty, dark reality that is often portrayed on Doctor Who, blended with the bizarre, scary, not-of-this world element. There is the courage and determination of the main characters, who (in the case of this book, without the help of the Doctor) step up to face the challenges before them.

This book is disturbing in some of the things it portrays. It deals with the dreadful legacy of abuse and the damage it does to children. Another main theme is the selfishness and oppressiveness that comes when parents seek to live out their dreams through their children. The shadow of war and the scars it leaves also contributes to the dark backdrop of this story.

Set against this dark backdrop, however, is an exploration of love and the light it brings. There is also courage, shown by many of the characters in different ways – particularly by Ezra and his parents, all facing different struggles. There is hope, held onto even when it should be gone.

The Double Shadow is not a book to read when you want light entertainment. It will make you think and it is likely to make you cry. I enjoyed it, however, and I recommend it.

Update: The Double Shadow is on DMZ’s ‘disability in spec fic’ list.