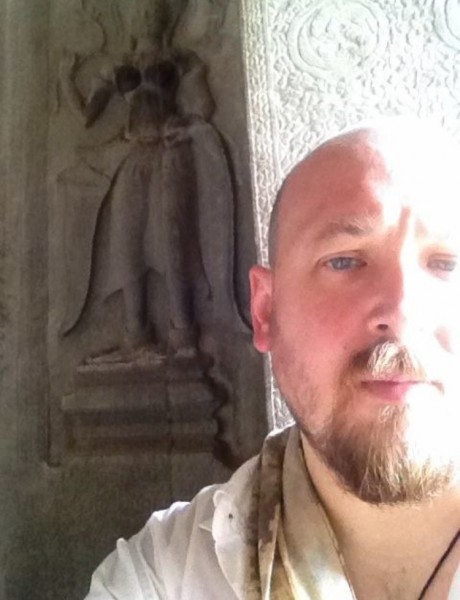 A guest blog by Frank Cavallo

There’s a website that I visit frequently. I love it and I hate it, pretty much in equal measures. It’s called TV Tropes. If you’re not a regular like me, the quick primer is this: it catalogues every imaginable cliché in fiction. Despite the name, it’s not just limited to television. It has entries for pretty much any mode of storytelling, from movies, to books, even videogames.

If you have a little time to kill, it makes for some fun reading but it’s also a decent resource when you’re writing. Because if you think you may have just dreamed up a new take on a subject, there’s always a chance someone’s thought of it already, and if it’s been done more than once, there’s a very good chance TV Tropes will have an entry for it.

That’s why I love it. It’s great for browsing and it’s great as a check against unknowingly repeating other people’s ideas. The sheer volume of material out there means that no one can read and watch every new thing, even if you only work in one narrow genre or sub-genre. So it’s a nice guide.

But there’s a reason I hate it too, and that’s what I want to focus on here. Because as helpful as it is, I think the concept behind it can be just as poisonous for writers as it is useful. The basic conceit of it is simple: tropes are bad. Everyone agrees, right? Clichés are best avoided, we’d probably all say. In that spirit, most of the entries are written with a slightly snarky tone, as if to say “obviously this is so overdone” and we-who-know-better can sit back and laugh at the fools who peddle this creatively-bankrupt nonsense.

For example, if you search for “chosen one” you get a very well sourced break-down of all the familiar elements: a narrative centered on an unlikely hero, selected by fate, who is gifted with some special ability that permits him, and only him, to accomplish what the plot requires to resolve the crisis.

All well and good. If you’re planning to write a story based on that premise, good luck. You’re probably going to need it.

Dig a little deeper though, and the issue isn’t so clear anymore. That’s where I think the problem is. Not everything that comes up frequently in fiction is actually a trope, and not every trope is necessarily bad, despite what the site would have you believe. If you bend over backwards trying to avoid them, or as I often hear newer writers say, trying to subvert them, you might just wind up driving yourself crazy—and your work will probably suffer. 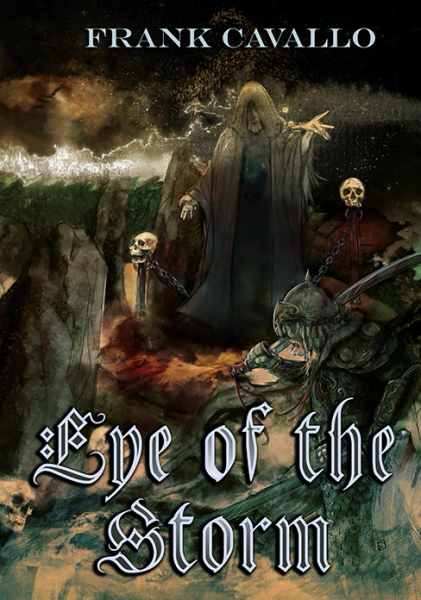 Let’s say you want to write an epic fantasy. From the get-go there’s a minefield of clichés you have to navigate. Magic items that drive the plot. Noble elves. Crotchety dwarves. Fearsome dragons. Wise old wizards, to name just a few. You could decide to be ruthless in your zeal to avoid the tropes, and keep every last one of them out.

Great, and hopefully you can sell someone on what you’re calling fantasy even though it lacks virtually everything they expect to find in one.

Or you could try to cleverly subvert the tropes. I’ve seen a lot of posts in writer’s forums, mostly from aspiring authors, outlining how their take on things is “different” and “refreshing.” They’ve got an inexperienced, young wizard. Or a cantankerous elf paired with a noble, erudite dwarf, etc. They’re going to turn those tropes upside down.

Again, it might work. It might not. If you’re planning to write more than one book in your life, you might want to think about whether you really want to spend your entire career doing nothing but trying to figure out ways to subvert tropes. You might be great at it, but no one is brilliant enough to re-invent a genre every time they publish a new novel.

My guess is that a lot of writers get so caught up in this, so focused on re-arranging the furniture, that they undermine the essential point of what we’re supposed to be doing—telling a good story.

What’s the solution then?

Maybe we shouldn’t be afraid of the tropes, after all.

Yes, wizards are always old and wise, and many of them have long beards. Is that cliché? Sure. Can you tinker with those elements? Of course.

But remember, from a storytelling perspective, there’s a reason why wizards are there in fantasy, and there’s a reason why they’ve been used so many times that TV Tropes revels in posting sarcastic screeds about them. They serve a purpose. If used properly, they accomplish something necessary for the story to work. And if you want to tell one of these kinds of stories, you’d probably be foolish to dismiss them entirely just to say that you’re cliché-free.

My point here is actually pretty simple. Tell a good story. Focus on that. Create believable characters with real depth and let them loose. It doesn’t matter if one is a paladin and one is a wizard and one is a thief, and that’s been done a thousand times before. Give the reader a reason to care about them, or the world they live in, and go from there.

There are always going to be themes and settings and devices that come up repeatedly. That doesn’t mean you should never touch them. Of course it’s important to be original, and to avoid mindless repetition. A fresh, new take on an old concept is often great. I’m always trying to find one myself and I love discovering one in someone else’s work. All I’m suggesting is that we rein in the hyper vigilance a bit, the obsession with avoiding or subverting every possible trope in every single thing we write. It’s not necessary.

A good tale well told is never a cliché.

Horror and dark fantasy author Frank Cavallo’s work has appeared in magazines such as Another Realm, Ray Gun Revival, Every Day Fiction, Lost Souls and the Warhammer e-zine Hammer and Bolter.

His latest novel, Eye of the Storm, was released in August 2016 by Ravenswood Publishing.

“In Eye of the Storm, I try to bring back some of the elements that I like from old time pulp fiction,” says Frank. “It is a throwback to old school adventure stories, combining the pacing and the feel of those classic tales with some newer elements that are not all that common to typical fantasy fiction.”

Frank’s previously published works include The Lucifer Messiah, The Hand of Osiris, and the Gotrek & Felix novella Into the Valley of Death. He is currently working on a new novel, The Rites of Azathoth, with Necro Publications, due out in February 2017.

Frank was born and raised in New Jersey. He graduated from Boston University with a degree in Communications in 1994 and he earned a JD from the Cleveland Marshall College of Law in 2001. He currently resides in Cleveland, Ohio, where he has been a criminal defense attorney for fifteen years.

To learn more, go to http://www.frankcavallo.com/

Eye of the Storm is a new Dark Fantasy / Sword & Sorcery novel by Frank Cavallo. It is recommended for fans of Edgar Rice Burroughs, Karl Edward Wagner and Robert E Howard.

“It’s a story about two people from Earth trapped in a parallel world that is sort of a “Land of the Lost” where, for reasons that become apparent during the course of the story, people and creatures from every era of Earth’s history have been snatched up and similarly stranded–some for so long that they no longer recall that their ancestors came from anywhere else,” says Frank. “In the course of trying to find a way back home, they encounter a kingdom of living Neanderthals, who are not cavemen but civilized humans with a culture similar to ancient Mongols or Scythians. They also find a city populated by Etruscans, the ancient pre-Roman rulers of Italy, who have discovered a way to manipulate the currents of dark energy in that parallel world to accomplish things that look like magic.”

On a research mission in one of the most remote regions of the world, former Navy SEAL Eric Slade and Dr. Anna Fayne are caught in a mysterious storm. Catapulted through a rift in space-time, they are marooned on a lost world.

Struggling to survive and desperate to find a way home, they must confront the dangers of this savage land—a dark wizard and his army of undead—a warrior queen and her horde of fierce Neanderthals that stands against him—and a legendary treasure with the power to open the gateway between worlds, or to destroy them all: the Eye of the Storm.

“Eye of the Storm is a terrific fantasy from Frank Cavallo… Imagine being caught in the Eye of the Storm; chased by pterosaurs and other creatures that are supposed to be extinct, in a prehistoric setting that has traces of ancient Roman culture and other significant eras. Frank Cavallo’s novel has an intriguing, ongoing sequence of activities I really liked. He is very imaginative and it shows in his writing, which is descriptive and well defined.” – 5 Stars, Readers’ Favorite.