As it’s the 50th anniversary of Doctor Who this year, I’m planning a series of drawings to celebrate.  This is the fist such drawing, a Russell T. Davies Doctor Who vampire.   I’ll replace this drawing later, when I’ve managed a better set up for photographing artwork or, better yet, I’ve found somewhere I can get drawings this size scanned in. 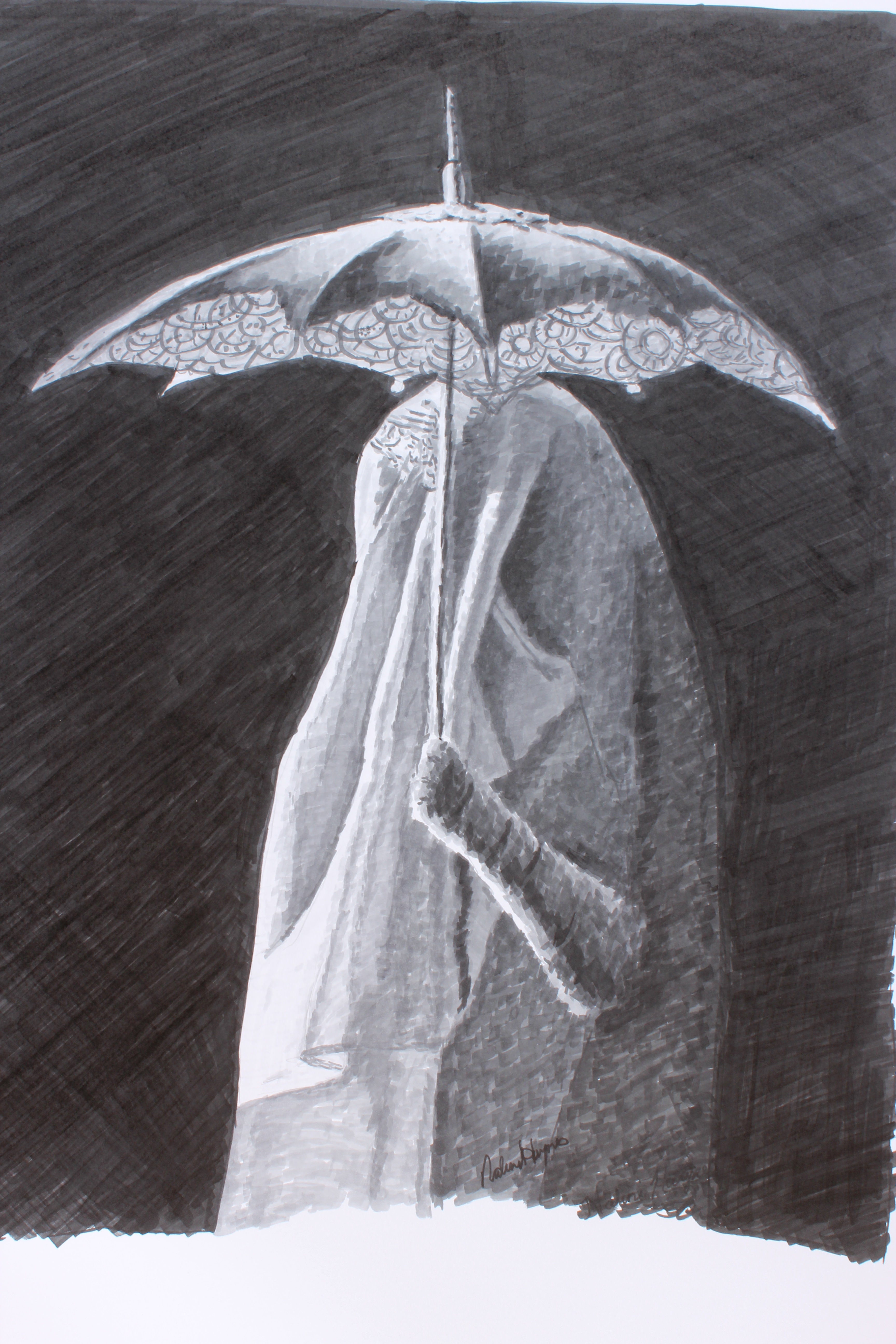 The above photo was taken when my camera needed a service.  Since then my camera has been serviced and is taking better photos but it is still incredibly difficult to photograph art without uneven lighting showing in the photo or over-exposing the image.  The below image was scanned in by Dinkums in Swanston Street.  The service was friendly, helpful and very cheap at only $3 per scan but the tonal range is not good: the darks are lighter and the light shading is lost altogether.  This is even more evident in a sekret project that will be revealed soon.  This image also has added colour not in the original.  I’ve tried tweaking one of these pictures in Photoshop but that has just confirmed that the light shading was lost altogether, it has not just been washed out by a back-lit monitor.  I will try having the work scanned in elsewhere: a friend recommended another (much more expensive) scanning company for artwork. 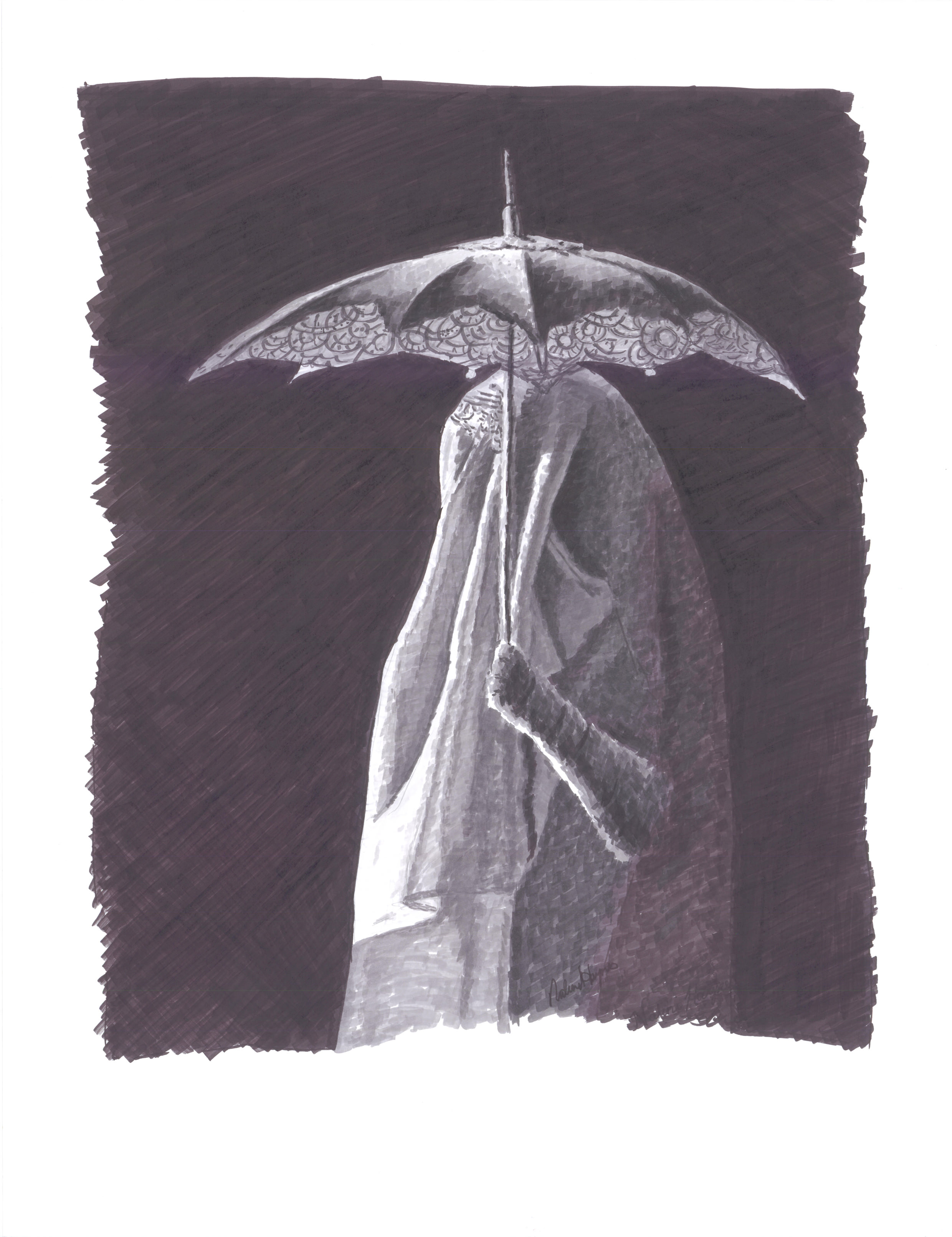