‘Do you need a laptop?’ a response to Birmo’s blog

That satirist Birmo (John Birmingham, author of the Axis of Time trilogy) has been at it again, blogging away industriously.  I was going to respond to his blog with a comment, but then I realised the scope of what I had to say and I thought ‘Fuck it! I’ll blog myself.’

When I saw the headline ‘Do you need a laptop?’ my first thought was about waste, landfill and destruction of the Earth all in return for the latest shiny toy versus the fact that I bought a laptop last week.

How many people upgrade their mobile phones, laptops, PCs and other shit just because they can, because they want shiny new toys?  Most people above the poverty line are guilty of this sometimes.  ‘Old’ toys, some only a six months or two years old, end up in landfill not because they’re broken but because they’ve been superseded.  Sometimes we feel that we ‘need’ the upgrade because buggy software is no longer supported by the manufacturer, intentionally enforcing scheduled obsolescence.

iSheep worship at the white-on-white shrine, herded in not by the yipping of working dogs but by the lure of over-priced white plastic, patented shapes (rectangles with rounded corners ) and the knowledge that their High Priest, He of the Black Skivvy, watches over them from The Place Beyond where angels clad in white flowing robes ceased to strum harps, instead playing music on their iPods and iPhones.

Over time, Birmo has written so many blogs enthusiastically describing acquisition of iArtifacts that I’ve wondered if he’s an iPet (Paid advErTiser).  After one or two not entirely positive posts about the release of the latest iPhone, lack of service and defective phone scandals (vendor refusal to replace faulty phones on the day of purchase), I concluded that Birmo may be an iReviewer (free appliances for review

) but he’s probably not an iPet.  Those American companies tend to sack their staff who are not 200% positive.  In the 1990s I heard a story about a Microsoft employee who said the next update would include fixes for a couple hundred thousand bugs so he was sacked: Microsoft didn’t want to acknowledge faulty programming.

As a PC girl so old I still sometimes call ‘PCs’ ‘IBM compatibles’, I’m not an Apple fan.  My experience using Macs at the University of South Australia was so horrendous and my lecturer so unhelpful, I was forced to withdraw from Digital Art and similar subjects.  I am Not. an iSheep!

3) The lure of over-priced white plastic…

At RMIT studying Professional Writing and Editing, I discovered one of my subjects is desktop publishing USING MACS.  I was devastated, seriously considering dropping the program, until I actually started using the Mac with Lucas McKenna as teacher.  Macs have significantly improved their magnification that provides me with disability access.  Lucas is really helpful, providing me with keyboard shortcuts to work with my disability and he’s endlessly patient.  I’ve even had a little look at Adobe InDesign on a Mac in preparation for the second half of semester: it’s far from fabulous but nor is it impossible for me to use, unlike last year on a PC.  It will take some creative problem-solving with the interface as well as loads of perseverance to complete this subject, BUT I CAN DO IT.  And now the iShrine beckons, luring me in…

I will resist!  I will stand firm!  I think…

The expense of a Mac plus software is the biggest hurdle; if I had the $$$$ I’d buy one regardless of my lack of Mac support at home.  I have two IT guys (husband and son) to support me on a PC.  With no support for a Mac, I would learn, determined to overcome barriers if only I had the cash because a Mac with Adobe CS6 would give me access to publishing industry standard technology, increasing employment opportunities.

My desire for a Mac at this stage is a ‘want’ not a ‘need’, but my purchase of a laptop last week was to fix a ‘need’ not a ‘want’.  My laptop is crucial to disability access at university because I’m vision impaired, I have really bad eyesight.  Shortly after uni started, my previously fairly reliable laptop informed me that it is entitled to stay in retirement.  Thus a shiny new toy entered my life…

In the week leading up to semester one, Edward dusted off my 4 ½ year old laptop, updating all software in preparation for semester one with days to spare.  The software is so old, none of it is supported any more.

On day two of semester one the RMIT IT department hooked up my laptop to the uni wireless network so I could download overheads and notes for class and read everything magnified on the screen.

The magnification window featured really pixellated text, making text scanned as an image difficult to read.  On the first Friday I resorted to using scrolling sideways in Acrobat to read a document too wide for the screen because the magnification window view was appalling.  While scrolling sideways in Acrobat the laptop sounded like it was going to have the electronic equivalent of a heart attack, with the fan revving like a car!

Then the magnification window stopped working: it showed a white screen even though the cursor was changing to and from the hand icon, or it showed screens behind the front screen.  I turned it off and turned it back on again.  I rebooted the laptop repeatedly.  On the second Monday of semester I managed to get the magnification window working ONCE out of two lectures after repeated restarts.

On the evening of the second Monday I went to JB HiFi to purchase a shiny new toy.  It is a Samsung ATIV Smart PC with Windows 8.  I could write an essay on the pros and cons of this new toy plus its software alone, but I’ll keep it brief.  I’m learning to use it.

The screen locks into the keyboard like a laptop for note-taking in lectures and can be separated from the keyboard to become an eReader.  My Kindle DX has a large screen, longer battery life and isn’t backlit – this is kinder on my eyes – but only needing one gadget for both purposes means less to carry.

The Samsung is far from flawless.  Some of my problems have been because other programs and systems – including the RMIT wireless network – aren’t fully comfortable working with the new kid on the block (Windows 8).  When I’m in a program like Firefox, gestures enlarge the main window but not the ribbon nor many search windows.  Chrome doesn’t seem to support gestures at all, nor can I magnify with <ctrl><scroll> using the mouse pad in Chrome.

On the other hand: GESTURES.  FOR MAGNIFICATION.

If the iStore wants to convert me, take me by the hand and show me an iPad is better than the Samsung.  Also, give me an iPad to iReview.  I’ll iFeature it.

Technology in the mainstream is cheaper than buying technology specifically made for disability access.  For example, last year I bought a camera for about $900 to provide disability access; it was only 5MP and didn’t do the job.  OpenBook (an extra $1000) converted the image to text, providing magnification and other wonderful access features.

The same page photographed by the $900 camera processed by OpenBook was unreadable: the 5MP images of A4 pages were too low quality.  The same pages scanned in at 300dpi on a standard scanner proved OpenBook is reliable, the camera was at fault.

That camera went back to the shop.

This year I bought a 14MP compact camera, a Panasonic DMC-TZ30, to do the same job – scanning in documents to read – at a cost of about $450 including spare batteries, memory card etc.  It doesn’t come with a whiz-bang stand, but I can live with that.  The compact camera is also MUCH smaller and lighter in weight, the best portable scanner I’ve found to date

I will have to memorize how to use the operating features of the Panasonic compact camera as I can’t read the buttons and I struggle with the screen, but most cameras function on similar principles.  I just need to spend some time with the eManual.

iGear (Apple equipment) is expensive, costing $ I don’t have so it’s not on my shopping list yet.  I know I’d be on my iOwn when it comes to support as I have an anti-iFamily.  My new laptop and I are getting acquainted.  It’s not love at first sight.  We’re like two strangers assigned to share a task: we’re getting to know one another, setting ground rules, working through issues and looking for solutions. 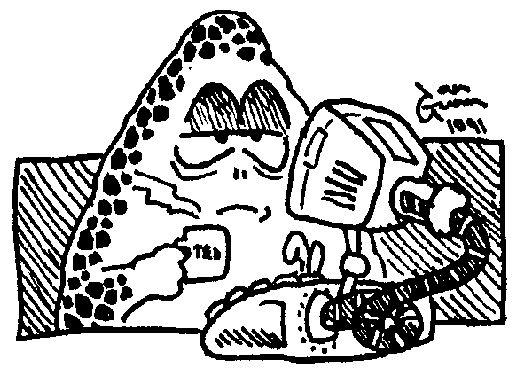