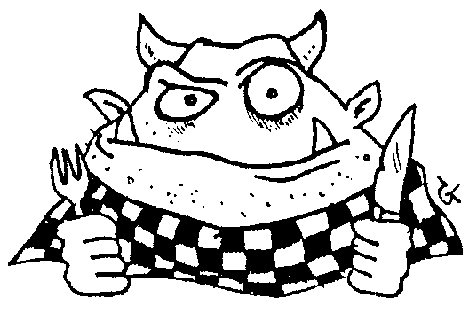 Does ‘Dinnertime’ remind you of anything? Ever had children? What about eating with a teenage boy?