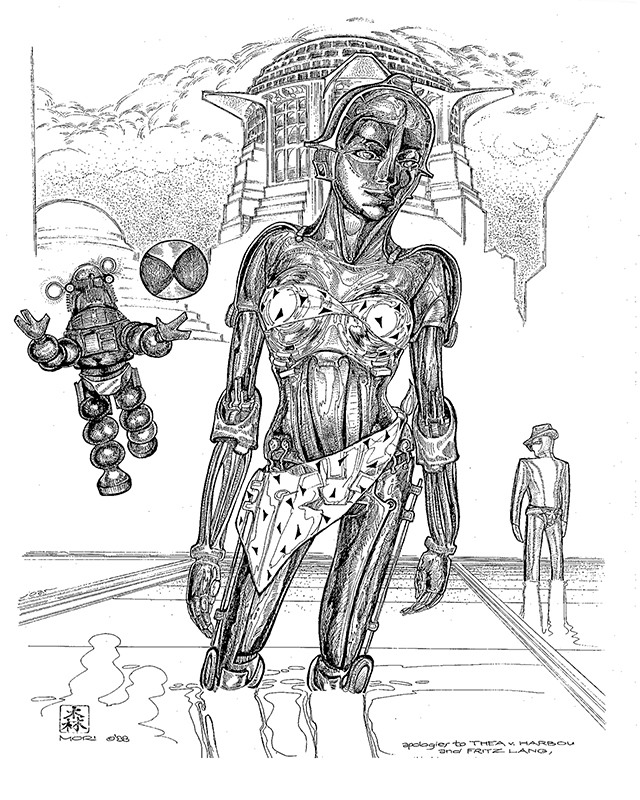 Thank you Delphyne for permission to republish this detailed science fiction fan artwork.

Delphyne Joan Hanke-Woods was taught to read by her grandfather in 1949 using his son’s 1930s science fiction and fantasy pulp magazines stored in the attic of the family’s rambling bungalow in Chicago’s Ravenswood neighborhood. However, she remained innocent of science fiction fandom until 1975’s Star Trek Chicago, then was assaulted by Windycon in 1976.