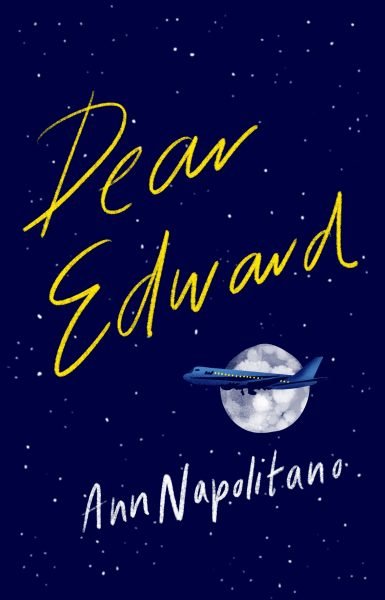 Do you have any plans for February 27th? You do now. That’s the release date for Dear Edward, the most recent novel from US author Ann Napolitano. This book deserves to be devoured.

Dear Edward begins in the airport lounge with a collection of strangers, each boarding the flight for their own reasons. A family moving across the country; one woman leaving her husband; another hoping for a proposal at the other end; one business powerhouse in decline and a shark on the cusp of success. All about to meet their end. All except one.

Edward is a twelve year old boy, the sole survivor of a plane crash which killed 191 others, including his family. His story begins in the wake of the accident and carries through subsequent years as he discovers how to live again.

Simple concept but it’s all about the execution

Napolitano has created a story of intricacy and depth out of what is essentially a simple concept. Plane crash, one survivor. Without the chance to know all these characters (a handful, not all 191), the crash and the deaths would feel abstract and the story morose. Because you are hearing in their own heads their hopes, dreams and histories (and so beautifully written, engaging from the first page), you fall in love with them. And you get so much more perspective on what was really lost. Knowing, all the time, that they are about to die gives their stories a real gravity.

One little boy carrying the weight of others’ expectations

This is important because at the heart of the story is Edward, who has lost his entire family, and becomes a celebrity in one moment. The result of these circumstances is that he isn’t just dealing with his own grief. He’s carrying the expectations and pressures of people all over the world, particularly the friends and families of the other passengers. He has barely met most of them and remembers just a few. However, the threads between those people on the plane who we get to know and Edward’s memories and connections afterward tie together seamlessly and make the losses feel personal.

Dear Edward explores trauma and grief with beautiful sensitivity and balance. There is no magic fix (which would be a slap in the face to anyone who has experienced trauma), but it also isn’t lost in darkness. Each character offers something in the form of humanity, courage, compassion or hope. And the result is a story celebrating life.

Dear Edward is a tragedy, but one so full of humanity and life and beauty you will wish it didn’t end. Sad, yes, but so much more. Reading this book made me laugh and cry and turn the final page with a smile on my face. It made me reach out to my loved ones and tell them how much they mean to me. It’s one of those magical stories that will live in your heart long after it has ended. Do yourself a favour and savour it.

Five out of five stars.