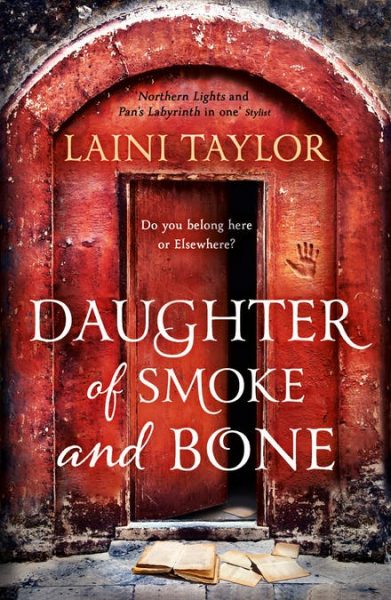 Daughter of Smoke and Bone introduces Karou, a teenager studying art at a college in Prague. Her unconventional family are chimaera, called demons by some. They send Karou on errands to collect teeth. Brimstone, Karou’s father-figure, is somewhat gruff and distant. He is often critical of Karou’s choices and conduct without explanation. Karou runs into vampires as she wanders around Prague but, in a refreshing twist, these vampires are humans dressed up to scare tourists for entertainment.

Akiva is an angel, come to Earth on a mission completely unrelated to Karou. After seeing Karou, he is inexplicably drawn to her.

I can’t say much more without spoiling some of the twists and turns for readers. The characters have surprising depth. Shades of grey are the order of the day not simplistic black-and-white that often prevails in angel and demon stories. Taylor’s prose is lyrical, her descriptions of Prague are a love song. If for no other reason, read Daughter of Smoke and Bone for the prose. Daughter‘s romance does not follow genre patterns nor is it predictable.

Daughter of Smoke and Bone is brilliant. Read it if you enjoy superlative prose, complex characters, surprising plots and fantasy that raises the bar. Not as dark as A Song of Ice and Fire, Daughter will appeal to fans of Trudi Canavan and Jennifer Fallon.

Originally published in Dark Matter issue 5, September 2011, this review has been pre-dated on this website to reflect the original publication date.