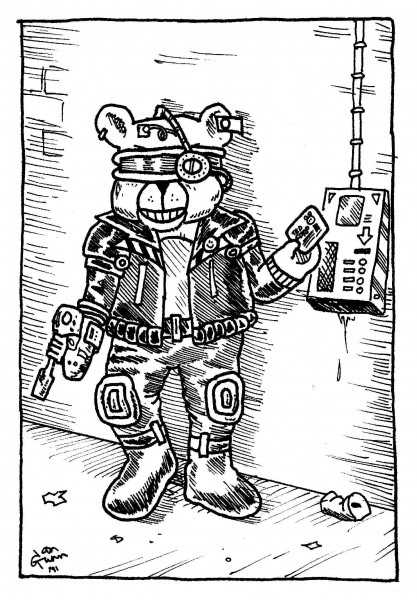 Who remembers Super Ted? In Ian Gunn’s alternate reality, Ted was converted to Cyber Ted to join the Neuromancer universe instead.