While waiting for Continuum, Victoria’s science fiction convention for 2013, I tagged along with Edward while he moved the car. Moving the car into the city late on a Friday afternoon was a grave error: it took well over an hour to crawl from Caulfield, through the highways and byways to the city, before locating a parking space. By this time I was convinced we were late for Continuum’s opening ceremony, but at least we’d put in an appearance and I’d be ready to photograph the Chronos Awards ceremony.

Climbing out of the car, collecting all our gear – including the kitchen sink – we walked swiftly to Ether. Descending to the basement, we were greeted by the friendly volunteers staffing Continuum’s reception. After being allocated our traditional nametags and extracting a piece of string to act as lanyard, we stood chatting in the foyer until people started filing in to the opening ceremony that actually started at 8pm not 7pm as I had thought.

I sat in the second row: I should probably sit in the front row due to my poor eyesight and obsession with taking photos, but there’s something – some stigma – about sitting in the front row that intimidates me.

Paul Collins sat in the front row, joined shortly thereafter by his partner, Meredith. Meredith was very self-conscious about sitting in the front row too, and eventually – in a mutual conversation worthy of a comedy routine – asked to switch rows. Strangely I felt no stigma attached to obliging someone else so, relieved, Edward and I switched rows with Paul and Meredith.

Continuum’s title this year was ‘Contraindicators,’ opening with the traditional video. This year’s video was very well done: a compilation of snippets of SF TV and movies set to the original version of the ’86 Tram’ by the Bedroom Philosopher.

After Stephanie Le declared the convention open, she explained her passionate involvement with this year’s social justice theme stemming from a very well-received rant a couple of years ago.

First up was the Achievement award, accepted by Julia Svaganovic on behalf of her team, for Continuum 8 programming. Julia’s speech was most gracious, talking about how she didn’t think she’d win because Snapshot was such a large endeavour.

Next was the Best Fan Publication award, given to George Ivanoff for Viewing Clutter. George thanked Madman and Roadshow for giving him DVDs to give away on his website.

Third cab off the rank was the Best Fan Writer. I figured that either Alexandra Pierce or Jason Nahrung would win that award. Wanting to be a bit of a smart-arse, I thought I’d say the winner’s name in sync with the presenter. Here was me, sitting IN THE FRONT ROW going ‘and this award goes to AAAAAAAAAAA.’

I figured Alexandra was most likely given her three or four awards in 2011, and if I was wrong I could always change it to ‘jAAAAAAAson’ because SMART ARSE.

I stood up to see a microphone thrust toward me. I had NOTHING, not an inkling of a prepared speech. I took the mike, turned and faced the GORGEOUS PEOPLE who nominated and voted. Public speaking and I go way back so it was inevitable that I would think of SOMETHING to say. Honesty being the best policy I think I said something like, ‘Thank you. If I put money on this award, I would have put money on Alexandra Pierce and Jason Nahrung. Thank you.’

I was thanked for my brevity – apparently brief speeches are applauded – and took my seat, clutching my clock.

I was so stunned, I almost forgot to photograph the next award announcement but managed to pull myself together in time. I think I was in shock. Is there such a thing as good shock? If so, I was in it.

I don’t remember much of the rest of the ceremony except for Edgar breaking my clock. But that’s another story.

By the time the best short fiction and best long fiction were announced, I was coming back around enough to enjoy Kirstyn’s excitement as she peered over the shoulder of the announcers and saw her beloved’s name, and Jason repeatedly kissing Kirstyn. It was very sweet.

The list of nominees and winners is below; congratulations to all nominees and all creators. Thousands of hours of creativity went into creating the works listed as eligible. 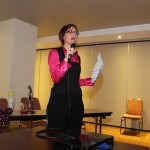 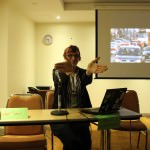 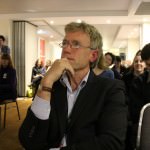 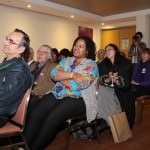 Some of the audience including N.K. Jemisin, guest of honour 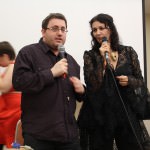 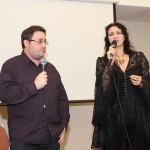 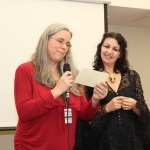 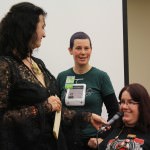 The Award for Best Achievement accepted by Julie Svaganovic on behalf of herself, Emma Hespa Mann, and Caitlin Noble 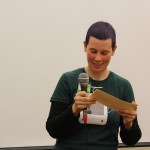 Hespa gives the Award for the Best Fan Publication 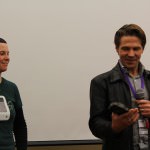 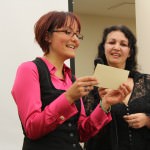 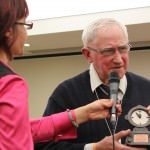 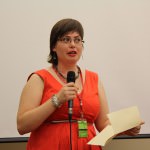 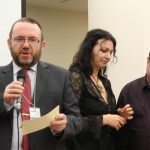 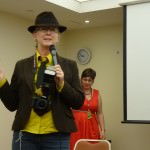 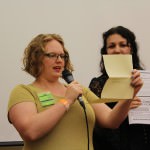 The Award for the Best Fan Written Work is announced…. 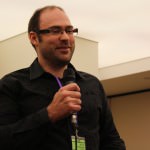 David McDonald, as the only Victorian on the team, receives the Chronos Award for Best Fan Written Work 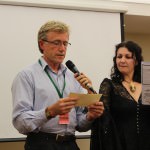 Paul Collins announces the award for Best Short Fiction with Kirstyn McDermott biting her lower lip, then getting excited… 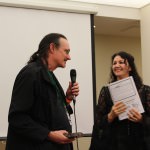 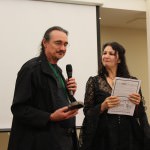 I’m not sure who’s more pleased, Jason or Kirstyn 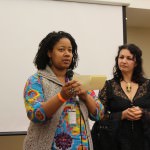 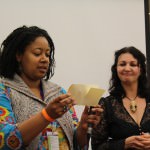 No guesses who won, Kirstyn’s smug smile says it all… 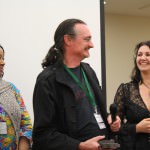 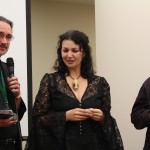 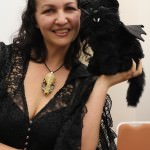