The Cobra Queen is the fourth book in the Pandora English series by Australian author Tara Moss. Pandora has recently discovered she is a very important figure in the supernatural world, the seventh daughter of a seventh daughter. It will be her job to stop the undead from taking over the living world but, in the meantime, she is just trying to find her feet, keep her job and be a good friend. Learning how to be an adult in a new city is hard enough without having to navigate dealing with your living boyfriend while having a huge crush on your spirit guide. Plus, impressing your new boss on a special assignment when there’s something supernatural going down isn’t exactly straightforward. But Pandora needs to figure it out quickly because the Revolution of the Dead isn’t going to wait.

After reading The Cobra Queen, I was surprised to find that it is not classified as young adult fiction. Despite the story centering around dark supernatural themes, such as vampires, ghosts, curses, undead and more, it reads as quite lighthearted. There is violence but, ultimately, nobody is badly hurt. There is tension, but I didn’t ever believe they wouldn’t get through it. Likewise, there are sex scenes in the story which are sensual without ever being sexy, and skim over details. The result feels sweet but chaste.

As you may be aware, Tara Moss was a well-known model in Australia and abroad before her writing career. As such, it is an interesting feature of this book that Pandora works for a high end fashion magazine and attends a photo shoot early in the story. This is essentially a subplot but Moss’s insider knowledge of the ins and outs of the fashion world are readily apparent. While it was fascinating to read, unfortunately it becomes a distraction from the actual story at times.

Part of the Bigger Picture

Throughout the story the tension builds around the imminent Revolution of the Dead. But, just as it reaches a much needed peak, the book ends leaving us on a cliff hanger. As such, before reading this book, be aware The Cobra Queen is very much a chapter in a series. While Moss makes every effort to ensure even a new reader understands what is happening and gives enough (at times too much) context so that this book alone still makes sense, don’t expect to read it as a standalone and be satisfied.

If you’re after an easy to read supernatural thriller that’s big on themes of finding yourself and gushing romance, The Cobra Queen will hit the mark. I can certainly appreciate it within the right context. However, if, like I was, you are expecting a story with more grit, darkness and suspense, this might not be the series for you.

Tara Moss has been active in the Australian literary scene. Here’s a brief recap of an event where Tara was a guest speaker. – Editor 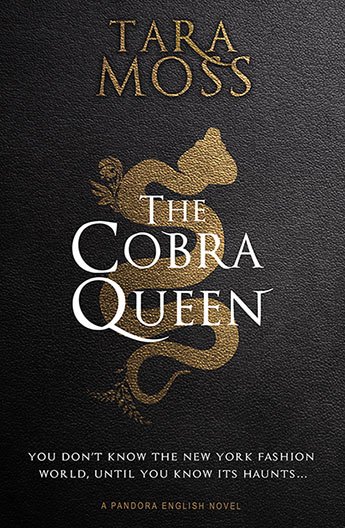