Civil War II is a ‘flimsy’, a slender paperback volume containing a teaser for one story starting in the Triskelion (Avenger-type headquarters; if it’s like the movies, it’s hovering around somewhere) and a brief backstory for a new Avengers character, the Wasp.

As someone who has (shock! horror!) never read a comic with any of these characters before, I was a bit at sea. A guy who looks suspiciously like Iron Man (apparently called Rhodey) sucks face with a woman who looks like Wonder Woman decided that a swimsuit is so yesterday but she bleached her hair (apparently called Ms Marvel) while someone else tries not to throw up in his mask. Humor, I like it.

However, I’m a bit confused as to who these people are and why Marvel is doing a reboot of Wonder Woman and Iron Man. Are there limitations on the styles and types of costumes available… in comic book land?

They talk about investigating another guy’s prescient visions then Thanos shows up. Thanos I recognize from Guardians of the Galaxy; he’s a bad guy with an enormous chin, illustrating my theories about lantern-jawed men.

There’s a fight with splodeys and some good guys screaming and crying over people they care about who are down for the count.

End of story. ‘To be continued in June’.

Okay… I’m not sure that there was enough story to inspire me to put down cold hard cash (or warm plastic) to pay for more. As a long-time reader of novels, I was disappointed with Joss Whedon’s comic book fillers between Firefly and Serenity so any purveyor of comic books has to work extra hard to suck me in to a story.

The artwork is colorful and interesting; I could work out what most things were. Big splodey-noise fonts were very difficult to read; after the first one I gave up and assumed, hoping not to miss something important.

Women wear skin-tight costumes emphasizing their figures although men are relatively blocky and no PACKAGES are to be seen. However, I didn’t notice any ‘broken backs’ nor many overly sexualized poses overlaid on the sexy costumes. One frame features 6 women in strong poses about to go into battle.

My verdict: I’m mildly curious but more because I’ve heard good things about Ms Marvel. This snippet of a story alone isn’t enough to suck me in.

The rest of this flimsy — apart from all the advertisements, of which there are a few — is about Wasp. She’s a super person who appears to be on a mission or in some kind of battle then we see her creation backstory, or part thereof. At first I assumed she was a ‘good guy’ but, later, I had my doubts.

Wasp’s costume is, again, form fitting with extra color emphasizing the contours of her breasts. She has a neck-to-ankle skintight suit with a peplum skirt around her butt, which is pointless when a shot looks up at her butt while she’s bending forward. The few images of men in this story are much less sexualized. So, although Wasp’s peplum may be an attempt to walk the fine line between appealing to traditional audiences and the new wave, the artists’ choices emphasize the importance of (literal) wankers over women.

Again the story is so brief that I’m cautious but a story focusing on a woman? I’m curious. I could put my toe in the water and see where this leads.

If you’re interested in reading this comic, it may be one of the 137 free comic books available on Impact Comics’s site. 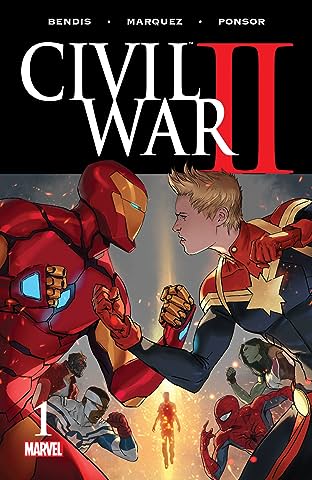