The full list of nominees and winners with photos is up here.

Edgar Allan Purr lays claim to the title Lord of Time in this photograph taken with a Chronos Award during the Continuum 9 Awards Ceremony. 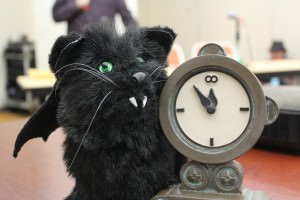 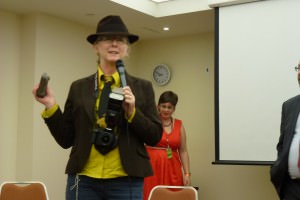 Congratulations to the significant list of eligible creators, all the nominees and the winners.

I’ve started on a write up of the evening and the convention but it’s going to take a few days to finish. I mean, Continuum isn’t even over yet.

PS I was already a Master. Now I am also a Lord of Time. The only way to ensure the safety of the universe is to GIVE ME A POOFY HAT. THAT’S RIGHT, I WANT TO BE A FEMALE DOCTOR.