See my review of ‘Chosen’ part 1 to avoid spoilers and for previous comments relating to the series that I won’t repeat here.

The series hits the ground running in the first episode. In ‘Chosen’ part 2, the six Chosen who remain in Arborlon are murdered. The seventh Chosen, Amberle (Poppy Drayton), meets Eretria (Ivana Baquero) in the forest. Eretria attempts to drug Amberle who, unlike Wil, is smart enough to see a trap when it’s laid in front of her. I like this: the girl is smarter than the guy. Amberle throws a silver bracelet down as payment for a loaf of bread that she snatches up as she flees. Amberle demonstrates integrity in the face of treachery.

Alanon (Manu Bennett) confronts the Elven king and his court, to be met with awe from the king (John Rhys-Davis) and suspicion from the king’s eldest surviving son, Arion Elessedil (Daniel McPherson) who denounces Alanon. In spite of Arion arguing against Alanon, the king welcomes his assistance. Complications at court loom large while demons roam the earth, murdering the Chosen in the hope of freedom — freedom to rampage across the Four Lands and murder everyone.

Anyone would think the Shannara Chronicles are an analogy for modern politics: focus on internal — human — strife and differences while climate change threatens the planet.

While watching this episode I was unaware of the MA rating of the series. Thus I was surprised at Amberle’s dress worn to a function at the royal court: the skirt is slit almost up to her knicker-line and the back plunges to her lower back. Her too-obvious makeup makes her look like a child trying too hard to appear sophisticated, a curious blend of innocence and seduction. Knowing the rating changes potential interpretations but, also knowing the end of the story from the novel, I may be imposing expectations upon the characters. The Game of Thrones television series has diverged largely from the novels so I must beware imposing expectations on the characters and plot in the Shannara Chronicles.

In the first episode, as the first leaf falls from the magic tree, the first demon emerges from the Forbidding to entrench himself in a protective ‘black henge’ (Stonehenge reference, anyone?).

In ‘Chosen’ part 2, as the second leaf falls from the magic tree, another demon emerges from the forbidding. This demon takes the form of a naked woman; our first view is of her bare butt and legs. The next camera view is front-on from her lower belly upwards, with strategically-placed braids concealing her nipples. She tells the first demon that she took this form because she read his mind and knew this form would be pleasing to the first demon, her master.

She states, unequivocally, that her body is there to please the male view.

She’s ok with this and with her subordinate position to her ‘master’ who is, it is revealed, an Elven druid who was seduced by the dark side. (Star Wars reference, anyone?) It appears that no demons match the power of this Elven druid.

Balancing out this rather sexist dynamic are images of Wil shirtless and the dynamics between Amberle and Eretria, who are both strong women. Additionally, their exchange in the forest brings this episode past the Bechdel Test. Thus the Shannara Chronicles represents all kinds of people with varying tastes.

The Shannara Chronicles is a high-quality fantasy television series, with high production values and good actors. I predict some controversy over representation of genders and deviations from the novel, which will incite debate among the science fiction and fantasy community. As such, this is a series that is worth following, whether it be for entertainment value or to join the discussion. 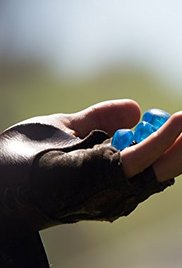