Character Morality – As Simple as Possible, But… 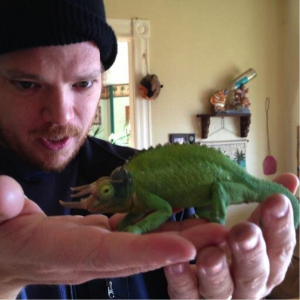 I’m suspicious of simplicity. Wasn’t it Einstein who said, “A good model is one that is as simple as possible but no simpler”? He was talking about modeling the mysterious inner workings of the universe, but I find the same to be true for modeling the mysterious inner workings of fictional characters as well. The devil is, as you might suspect, in that sneaky “but” tacked onto the end there: But no simpler.

In the real world, Newtonian physics got us by for a good long while, but if you want an accurate description of large things or fast things at scales we don’t usually experience in our day-to-day lives, it turns out that the model breaks—it’s too simple. Similarly, a good story is one that raises the stakes to levels not usually seen in our day-to-day lives, and to really feel satisfying—to not break—the characters need a certain minimum complexity.

I could go on at length about all the different axes on which character complexity can exist, but the one that interests me above all others is the moral axis. White hat on one end, black hat on the other. I think about that, and again I think: As simple as possible… but no simpler. And I think of heroes that aren’t always so heroic, villains that evolve into something more ambiguous. Something that feels, to me anyway, more human.

Larry Underwood, in Stephen King’s The Stand—a guy that uses up everybody around him, suddenly, desperately trying to become something different after the plague hits.

Caul Shivers, in Joe Abercrombie’s Best Served Cold. He leaves everything he has known in the conscious effort to try to become a better man, knowing that the only thing he’s really good at is violence.

Mookie Pearl, from The Blue Blazes, by Chuck Wendig. An enforcer for the magical mob, he’s had a long career of doing very bad things, but now he just wants to make amends with his daughter and salvage something from that relationship.

Tyrion Lannister. Arguably one of the few decent human beings in the Seven Kingdoms, he’s used and battered until he cracks. Or perhaps Jamie Lannister, who acts every bit the evil bastard—until you spend a little time in his head and get a grasp on his motivations, however screwed-up they are, and the moral measurement suddenly becomes a lot hazier.

The draw of these characters comes in two distinct flavors. In the case of the characters who begin closer to the evil side of the spectrum, we watch in fascination, wondering and hoping they’ll find some redemption by the end of the story. (I remember watching Breaking Bad, hoping against hope in each episode that Walt would do the right thing, in any small way, all the way until sometime halfway through the second season when I realized, “Oh. This ain’t that kind of party.”) In these cases, the story often balances precariously on a precipice, teetering back and forth between hope and cynicism until the end. Joe Abercrombie is a master of this (though I had begun to despair of him ever moving beyond cynicism until Half a King came out).

The other side, perhaps the more agonizing, is watching good characters struggle not to break under the insane demands of terrible pressures or outrageous temptations. In this case, we either ride with the character over some moral Niagara Falls (also known as the Moral Event Horizon), or struggle through with them as they try to maintain some sense of true north, however erratic the forces pulling on their moral compasses have become. These are the stories that really grab me since it’s impossible not to wonder: Would I do any differently in that situation? And once I’m empathizing, the author has done his or her job, exceeding the “but no simpler” threshold easily and imbuing their character with the necessary complexity to seem real.

In my novel, Premonitions, there are few characters that unambiguously occupy either end of the moral spectrum. The protagonists, Karyn Ames and her crew, are outright thieves. There are good reasons for that. (There have to be, because usually we need a lot of insight into a character’s motivations before we’ll tolerate criminal behavior. Jean Valjean is easy. Tony Soprano needs a whole lot more work.) Karyn, in particular, is afflicted with a bizarre condition. She sees the future in visions and hallucinations overlaid on her regular perceptions and, if left untreated, the visions become her whole world. The only treatment is an expensive black market drug—hence, the life of crime, living from one dollar to the next.

That’s the setup. The rest of the story comes in when she’s given an opportunity to score enough cash to load up on her treatment for a long, long time. Part of fully realizing the character was looking at what she’d sacrifice to attain that goal, and what the aftermath of those decisions might be.

The flip side of Karyn is the book’s antagonist, Enoch Sobell, a charming enough rascal who is nonetheless a ruthless crime lord desperate to extend his own life at any cost. He hires Karyn’s crew and sets them up for a whole lot of misery but he’s not just the bad guy. If I’ve done my job right, he’s endearing despite his ruthlessness and the reader will find themselves hoping he makes it—and maybe even hoping he redeems himself a little before the story’s end.

It’s a story with a muddy sort of morality, but for me that’s part of the draw. It’s no simpler than it has to be.

Jamie Schultz has worked as a rocket test engineer, an environmental consultant, a technical writer, and a construction worker, among other things. He lives in Dallas, Texas. His first novel, Premonitions, received a starred review from Library Journal, who called it “a sterling urban fantasy debut with a great cast of characters.”