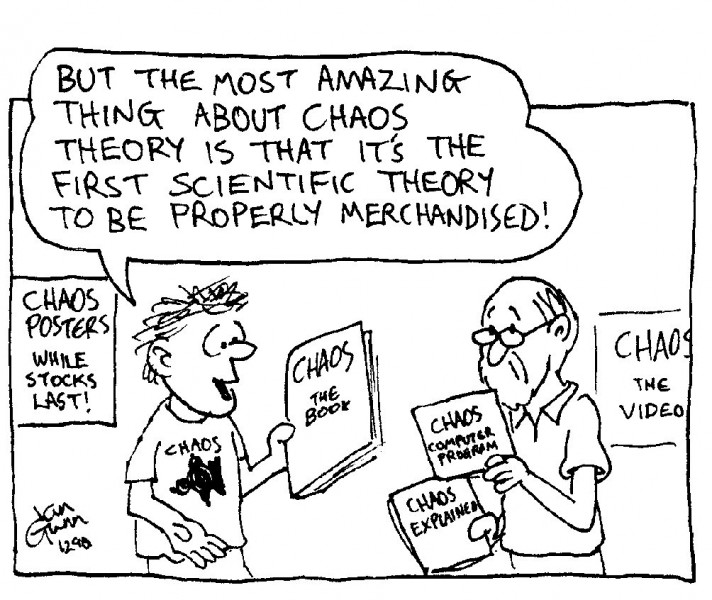 A true cynic, Ian comments here about Chaos Theory. It’s that theory where a butterfly farts on the train tracks so Metro Trains in Melbourne cease running indefinitely. There was a book released written by a scientific journalist; it explained Chaos Theory in layman’s terms. That and the fact that FRACTALS, PRETTY, and Chaos Theory is well known today. At least, in theory.