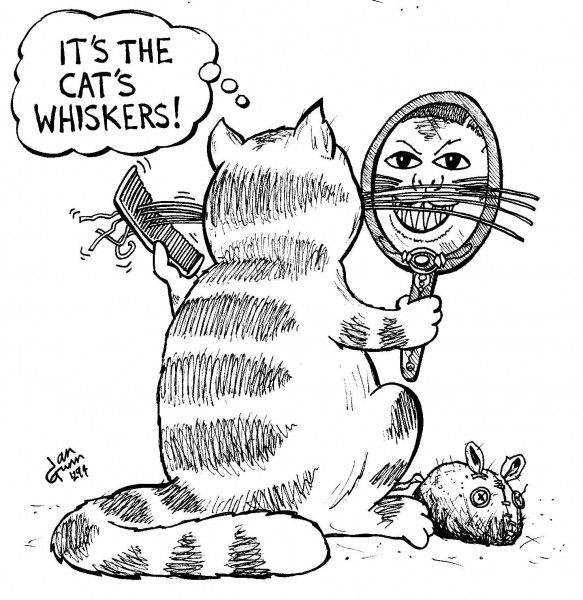 The very ancient among us may remember that old saying, “It’s the cat’s whiskers”, which meant something was great or ‘cool’. What with cats being so very vain and narcissistic, I suspect Ian is taking that saying to a whole new level with this comic.