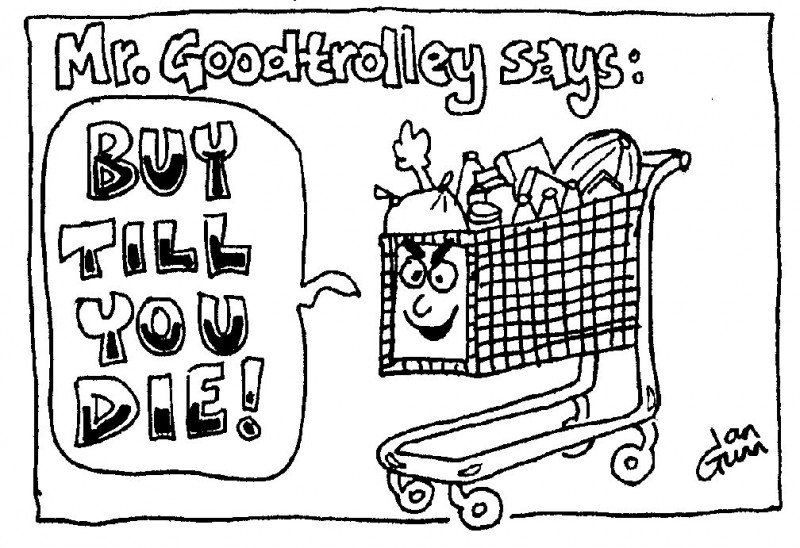 Last week I said Good Trolley must be evil. This week he’s proven himself to be a shallow capitalist whose call to Buy Till You Die sounds somewhat threatening.