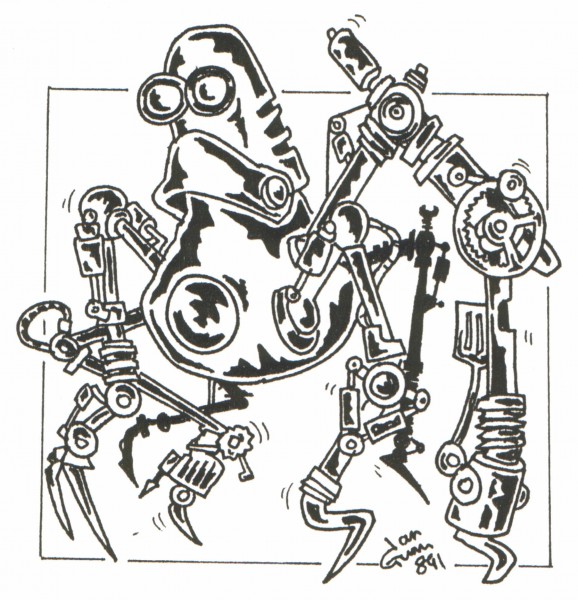 This is clearly a Steampunk Bugmonster. Or a mechanical version of that dude of Lost in Space or that other dude off Angel who looked suspiciously like that dude from Lost in Space. Only Ian would have missed the Angel story. As the Lost in Space movie came out in 1998, Ian’s comic may have come first.