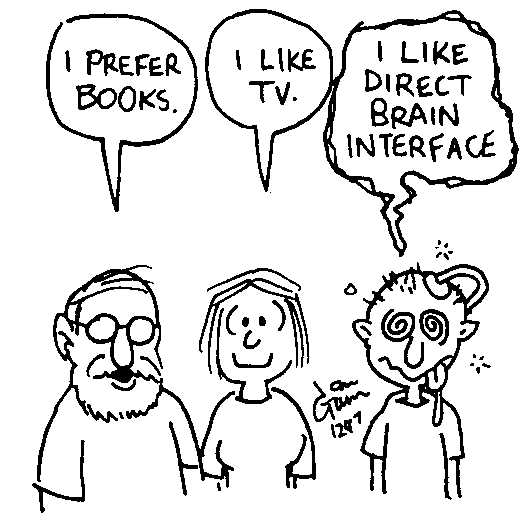 ‘Brain Interface’ reads like a conversation that may have taken place at the MSFC (Melbourne Science Fiction Club) where Ian was a regular. Back in Ian’s day, the MSFC was more about the papery things than the TV and movies. I’m wondering if a particular conversation or person inspired this, though.