Life drawing – a little more subtle than the ones on display 😉

Living in the future as we do, lifestyles have changed considerably.  Noise, property boundaries and personal space are at a premium.  This can cause considerable conflict if people don’t respect one another’s boundaries.  A while back someone literally didn’t respect our boundary.  My solution avoided a lengthy conflict but cut to the core of some taboos.  Bewbs.  Again.

When we moved in to our house the property wasn’t fully fenced.  Upon meeting our new neighbours, we raised the topic of fencing.  The response was that the guy – a new Australian – told us he was going to dispute the boundary location.  He had decided he’s not happy having his garage on the boundary because that meant he had to take his wheelie bins up the other side of the house past the hot water system, etcetera.  He decided he’d rearrange the boundary so our house would be on the boundary instead.  Our laundry door would open onto his backyard, and he could walk past our ensuite window whenever he felt like it.  -_-

I gently pointed out to him that the city council has a full record of all properties and where the boundaries are, and that the council had already confirmed that his garage had been built on the boundary.

In that case, he wasn’t going to give permission to fence because he NEEDED to take his bins through our backyard.

I pulled all sorts of research off the web for him, showing him the law and the process with regards to fencing.

He refused permission to fence.

His family had a KFC family meal.

Mysteriously, packaging for a family KFC meal was dumped over the fence.

SOMEONE started ringing our doorbell and knocking on our bedroom window in the wee hours of the morning.

I put a camera on the windowsill.

Doorbell stopped ringing in the wee hours and no more knocking on the bedroom window.

He parked in front of our driveway preventing us from pulling into the driveway.  There was plenty of room on both sides of the street plus his driveway for him to park his car, but he refused to move the car.  TWICE.

The third time I told him I was calling the police.

He moved the car.

So.  I was in a situation where I figured he was going to make life hell for us and the fence either wasn’t going up or it was going to take a long time and a lot of stress.

This guy and his family stared in our windows EVERY DAY.

This guy struck me as a religious person.  I’m not sure why; perhaps it’s because I’ve spent too much time around religious people who think they’re better than everyone else.

The spare bedroom, which had become my studio, faced his backyard.  I went in there and looked around.  I started going through old artwork and thinking, ruminating…

The easel was already set up in the room.  I took a life drawing out of a folio case and put it on the easel, making sure the easel took centre-stage in this room, facing the window overlooking his backyard.  The wardrobe door had a drawing of Chianna from Farscape; I replaced it with another life drawing, then left the door wide open so it was easily visible from the guy’s backyard.

I went through my lingerie draw and draped lingerie all around the room.

I guessed that the guy would be so offended by my inappropriate decorations he might call the police.  What would the police say?

‘Um, mate, it’s ILLEGAL for YOU to LOOK IN THEIR WINDOWS.  You can’t make her take down the drawings and lingerie.  She could, however, make a complaint AGAINST YOU for looking in her windows.  Have you asked her about PUTTING THE FENCE UP? Then you wouldn’t have to see it…’

About two days after my interior decorating, I received written approval to fence and a commitment from them to pay half the cost.  Within two weeks the fence was UP. 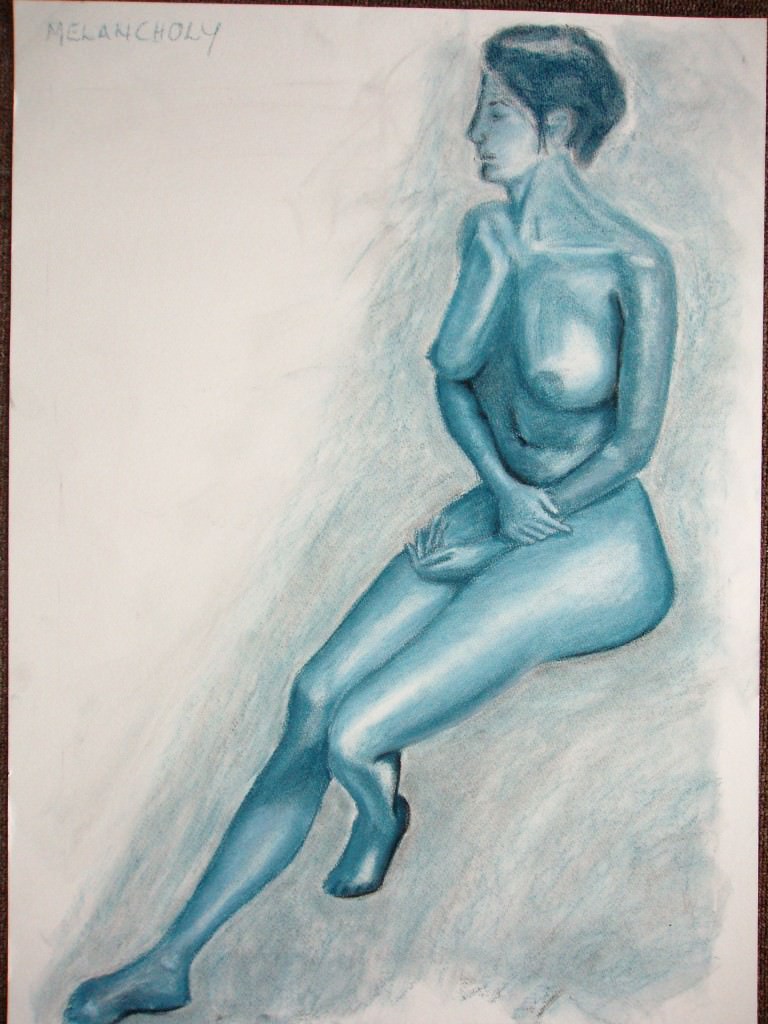