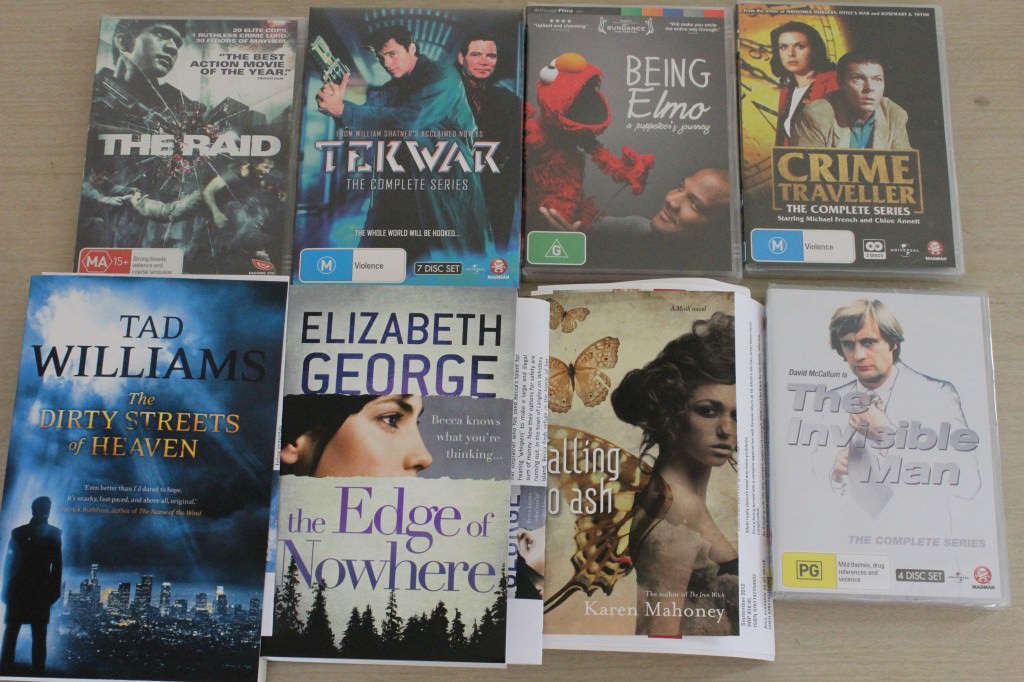 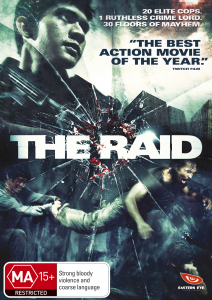 Billed as an action movie, The Raid looks like a real ‘guy movie’.  I enjoy some action movies – Die Hard, Underworld – but this looks really hard core. 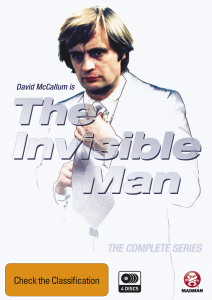 Here’s a golden oldie: the Invisible Man from the mid-70s, starring David McCallum (‘Duckie’ from NCIS) as the invisible man himself!  When I first saw this series of the Invisible Man advertised, I hoped it was the Neil Morrissey version, but this could be even better.  I have a very vague memory of this from when I was a kid: I’m not sure if I was allowed to watch it, but I remember at least seeing ads for the show.  I’m looking forward to watching this. 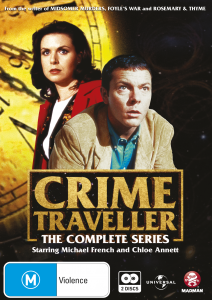 Crime Traveller is a BBC TV time travel series.  You had me at BBC.  Throw in time travel and Kochanski (Chloe Annett from Red Dwarf) as a lead, and I’m glued to the couch.  Seriously.  Where’s the popcorn? 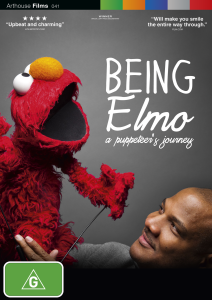 It’s been a year of losses with lots of big names – the Count and the Amazing Mumford included – passing away.  I’m looking forward to a change of pace, a celebration of a living muppeteer who is so good-looking – and so big – he surprised me as a man behind the scenes. Kevin Clash is the man behind Elmo.  He’s also been a puppetteer in Labyrinth and Jim Henson’s Dinosaurs, voicing Baby Sinclair, Grandma Ethyl and Howard Handupme.  I’m looking forward to this inspirational heart-warmer. 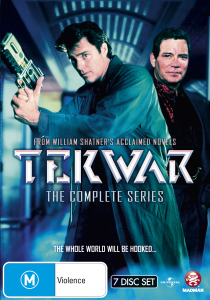 Tekwar is written and starring William Shatner.  I just about rofled when I saw Shatner’s novels in the library many years ago.  I suspect this will be a good comedy *shifty eyes*  IMDB has it listed as 6.5 stars, the same rating as The Expendables, so…

Falling to Ash is the first in a new series about Moth, a newly made vampire.  It’s billed as being about family ties, vampires, zombies, dangerous relationships and the ultimate crime.  I get a YA vibe from this book, especially with Moth being aged 18.  YA is often a great read, interesting and challenging without being exhausting or excessively long.

I find the cover both off-putting and intriguing.  At first glance I saw sepia tones and moth wings but when my eyes attempted to look at the girl, I kept being directed off the page to the right due to the character’s face being offset.  Breaking all the compositional rules like this could be a brilliant move, hinting at what is (hopefully) to come in the novel, but it could also backfire by directing people’s gaze to the book located to the right of this one.  Moths are underrated metamorphic symbols; let’s hope this book lives up to its potential.

The Edge of Nowhere is a YA fantasy novel, billed as ‘genre-bending’ possibly because the author has previously been awarded for psychological suspense and mystery.  I’m guessing Edge of Nowhere has that kind of structure with the fantasy twist being the protagonist has some form of telepathic power.  I think fantasy needs more elements from other genres to be memorable so ‘genre-bending’ is a necessity.

Many, many years ago when I couldn’t afford books but I desperately wanted to read Tad Williams’ Otherland series, I scraped together enough dough to buy the first in the series.  I was a fragile flower back in those days and found the blood’n’guts of the first chapter or two overwhelming.  I lent the book to a friend and asked him to tell me if it stayed that bloody all the way through; of course the friend enjoyed the book and I never got it back.  Now I’m not such a fragile flower – I loved Abercrombie’s The Heroes, for example – and yet I still haven’t read any Tad Williams.  (Honesty is the best policy, even if it does impinge on any credibility I may have _sigh_).   Now I have my very own Tad Williams review copy, puffed by no less than Patrick Rothfuss.  This book is MINE!!!