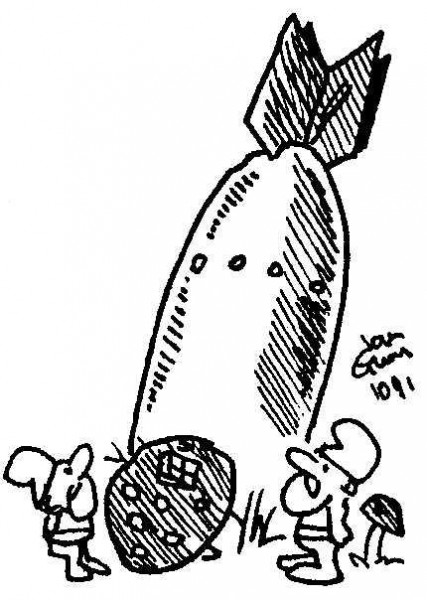 This bomb mushroom looks suspiciously like a mashup between the Smurfs and Mario Kart. I can’t decide whether the bomb is a mushroom or whether it’s crashed into their backyard.