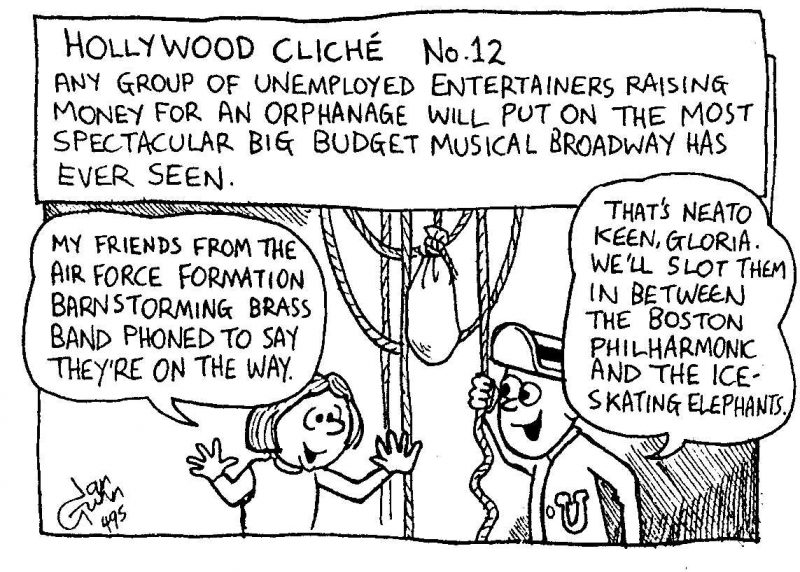 Hollywood cliche no.12: any group of unemployed entertainers raising money for an orphanage will put on the most spectacular big budget musical Broadway has ever seen. A Big Budget Bonanza every time.

Woman: My friends from the air force formation barnstorming brass band phoned to say they’re on the way.

Man: That’s neato keen, Gloria. We’ll slot them in between the Boston Philharmonic and the ice-skating elephants.

Ian seemed to revel in his use of onomatopoeias. Lovingly. Like a lunatic. I wonder if he did the loving leap?