Leo is a politician who, thanks to a passionate letter objecting to extreme bigotry in a bill under consideration in parliament, loses his position and power. He’s sentenced to exile at his old alma mater, Montverre, where all students study the grand jeu, the great game. It’s also where he loved and committed betrayals.

Magister Dryden is a woman Magister Ludi, the schoolmaster of the grand jeu, in a school that won’t allow female students. She accomplished this feat through a “blind” application process where the panel did not realize she was a woman. They gave her the position based on merit. Oops.

Leo realizes Magister Dryden is almost the twin of his first love, Aime de Courcy, a fellow student who committed suicide 10 years ago.

The pair wrestle with their relationship and relative positions in life, which Collins juxtaposes with Leo’s school years shown in flashbacks and letters.

And the Party, the political party that runs the country, grows increasingly powerful and malevolent…

I spent an inordinate amount of time trying to place this novel. My conclusion: it’s set in an alternative history, pre-mobile phones, probably in or around the 1930s. Collins never names the country so I was betting on France, Germany or Britain but she names France and Britain as countries characters visit. And I really don’t think it’s set in Germany, not even with an alternative history.

Technology is not a feature

Religion, however, is a feature. The country’s religion is the grand jeu although it reads as a cross between ballet, tai chi and high Catholicism. In natural conversation within the leaves, characters discuss how Christianity pre-dated and influenced the grand jeu and yet…

And yet the Party suppresses religion. Vehemently.

Laws are passed. Books are banned. Christians must wear crosses, some of which look suspiciously like the Star of David that Hitler imposed on Jews.

Because when you have a fascist government in charge, beware the whims of Dear Leader.

Hitler’s father was purportedly a Jewish landlord. In The Betrayals, someone wonders what would be different if the party leader had not had attended a Catholic school. Collins is subtle, beware blinking during that throwaway comment!

The Betrayals is an allegory for 2020. May voters heed its warning.

In a patriarchal society, Claire Dryden stands out as a success, a blow struck for equality. Her successful anonymous application is the fictional precedent for job selection processes in the here and now.

One point on the topic of selection processes: a male professor at the University of Canberra BOASTED that he deliberately “breaks” anonymous processes regarding editing articles in order to target his comments and decisions at the person not the article. It’s never what you know or your abilities; it’s who you are, the power you’ve accumulated, upon which others judge. Thus bigots gonna bigot no matter what attempts you make to level the playing field. But we can live in hope, surely?

Society forces other women to fit a mold regardless of discomfort. One woman, a laundress (not a euphemism) at the school does not accept “her place” as an asexual worker. Her passions – whether emotional, physical or a desire for an increase in her financial security – result in the obvious. Unplanned pregnancy is inevitable in a society where access to birth control is illegal.

Another woman seeks male protection the only way she knows how.

“Rat” is another girl; she forgot her own name. Rat lives in the holes in the wainscoting, like the Stainless Steel Rat but without humor, without friendship, without love, without technology. But she’s powerful. And she’s a key figure in the story.

For a story based on a patriarchal society where women should be seen and not heard except to further men’s interests, Collins does a kick-ass job of writing diverse women. 5 out of 5 for representation of women!

I don’t recall any mention of disabled people. However, in The Betrayals, disabled people may well be lumped in with Christians as, I suspect, can people of color.

A character threatens – but does not perpetrate – rape. However, a couple of characters commit suicide, leaving their families to cope with the ramifications. In each case readers unravel the circumstances around the suicides to expose the mystery. Despite the fact that, on the surface, mystery may appear absent. Collins is deceptive without betraying the reader.

In the beginning I felt I missed some key component of The Betrayals: this grand jeu is slippery. By the end I’d almost forgotten this feeling only to read, in the Author’s Note, that Hermann Hesse’s Glass Bead Game inspired this novel. I don’t think I’ve read Hesse’s book. Although I appreciate the context, I don’t think my enjoyment was lessened by my ignorance.

The Betrayals is an alternate history exposing the roles religion and politics play in constructing a society. This is never more poignant than when a charismatic leader rises with the aid of betrayals, people who compromise their values in the name of “a lesser evil”. Those same people who must then face their culpability, as does Leo to some extent. And yet this is “only” the (rich) backdrop, like the crust supporting a cheesecake, or the pastry holding baklava together.

The filling is Leo’s story, his relationships with Aime and Claire, his culpability in building the current political environment… All leading to the question: where will Leo go from here?

Although The Betrayals appears to be alternative history, I put it firmly in that rare category too few writers achieve: entertaining Literature. Collins belongs up there with David Mitchell (The Bone Clocks) and Margaret Atwood (Handmaid’s Tale).

Having said THAT, do I need to give The Betrayals a score? 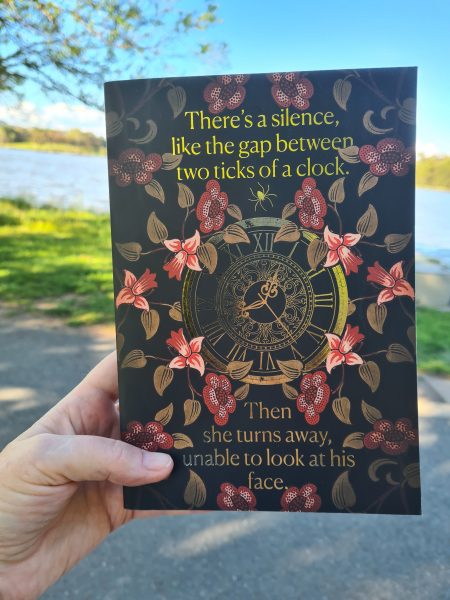