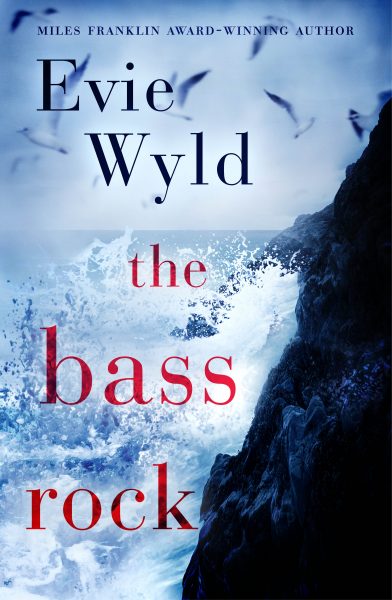 The Bass Rock opens in 1720s Scotland when a priest and his son lose themselves in a forest while transporting a witch to the coast to stop their village from being lynching her.

In the gloomy slow years after World War II, Ruth finds herself the replacement wife to a recent widower and stepmother to his two young boys. Her husband installed her in a huge house by the sea, haunted by those who came before.

The vulnerability of women

The Bass Rock is the third novel by award-winning author Evie Wyld. It covers three different timelines and three different women. The protagonists are Sarah, Ruth and Viv. Sarah is a young woman in the 1700s accused of being a witch. She flees into the woods. Ruth navigates a new home, a new husband, and a new family in the wake of WWII. Viv, in the present day, copes with the weight of inter-generational trauma and dysfunction. Through the course of the novel, their individual stories and their connection to one another gradually emerge.

Through her depiction of these characters, Wyld has created a trio of intense, vulnerable and damaged women. Each one is struggling to battle through the discontent of disrespectful and violent relationships. Despite living years apart they are all victims of men, just in different ways. For the reader this is an important reminder that physical and emotional abuse continues to occur. It gives light to a very vital and current topic that has riddled our society for too long.

Ruth’s story sat with me long after the novel had ended. Her oppressed and suffocating life was sad to read. For me this stirred up a fair bit of emotion. It highlighted things that were considered acceptable to do to women if they were deemed too emotional or considered unstable. I was angry about the decisions men were allowed to make for women. The Bass Rock caused me to question how far we have actually come over the years in dealing with this issue.

Where it falls short

I usually enjoy stories that move between different timelines or explore different points of view. However, I found the continuous back and forth between the timelines in this novel confusing, tiring and frustrating. I think this to-ing and fro-ing prevented me from really connecting with any of the main characters. I could not remember from one day to the next what I had read previously. Keeping up with the novel and the inter-woven stories demanded a lot of effort. I think this could have been improved with headings on the chapters.

Wyld’s vivid and detailed story telling is the merit of The Bass Rock. She does a fantastic job of creating a tormenting picture of the lives of the three women. I kept thinking about these ladies well after the final page. On the other hand, it is a confusing novel to read, which left me feeling a little underwhelmed. Certain events happened that are left unclear. This, for me, was frustrating. There was a murder. If you can work out who the victim is, you are doing a better job than me! And the purpose of the bass rock? I am still thinking on that one! Overall, the impact of parts of this novel were more powerful than its whole. It had many interesting but unanswered threads leaving me quite unsatisfied.

For other books about violence against women but with women rising up to take control, try YA novels Break the Fall and Foul is Fair. – Editor.