Ballad of Songbirds and Snakes begins on the morning of the reaping that will kick off the tenth annual Hunger Games. In the Capital, eighteen-year-old Coriolanus Snow prepares for his one shot at glory as a mentor in the Games. The once-mighty house of Snow has fallen on hard times, its fate hanging on the small chance that Coriolanus will be able to mentor the winning tribute.

The odds are against him. He’s been given the humiliating assignment of mentoring Lucy Gray Baird, the female tribute from District 12, the lowest of the low. Their fates are now completely intertwined. Every choice Coriolanus makes could lead to favor or failure, triumph or ruin. Inside the arena, it will be a fight to the death. Outside the arena, Coriolanus starts to feel for his doomed tribute. He must weigh his need to follow the rules against his desire to survive no matter what it takes.

Reflections on other reviews

I am surprised and saddened that this prequel to the Hunger Games trilogy has received a fair bit of negative reviewing. Of course everyone is entitled to their own opinion and not all books are for everyone. But to those who have described this book as boring I strongly encourage you to consider your own sanity. This book is anything but boring. I strongly recommend the negative reviews be ignored and that this book be added to your ‘to read’ list so you can make up your own mind.

Those, like me, who are familiar with the original Hunger Games books will undoubtedly get the most enjoyment out of Collins’ latest novel. There are a lot of references, some more subtle than others, to the originals and this only adds to the excitement and enjoyment of the book. However, that said, I would also confidently recommend this as an engaging read to those who have not picked up the previous books.

The Ballad of Songbirds and Snakes is the origin story of Coriolanus Snow, the villainous president we all despise from the trilogy. Exploring a villain’s origins and delving into just how they became so hateful is a clever but bold move on Collins’ part. Snow is the personification of evil and holds absolute authority and control in the Hunger Games. This book expertly reveals the nature versus nurture debate behind the development of an individual’s personality.

I had one concern when picking up this book. Would I be expected to feel sorry for the main character, Coriolanus Snow? This would have been a big ask. But Collins ensures that Snow’s narcissism is ever present. At no point is the reader vulnerable to feel sorry for him. Though he may briefly feel guilt over some of the consequences his choices bring about, never does he regret what he has done. I was only ever in awe of his ceaseless scheming and of how he viewed himself:

He knew this would be easier if he wasn’t such an exceptional person. The best and the brightest humanity had to offer.

Ballad of Songbirds and Snakes found its magic in transporting Snow toward his moment of truth. It lays the foundations for the birth of an evil and tyrannical president.

Overall this Ballad makes for a compelling return to the Hunger Games world. Full of fascinating characters, violence, love and angst, this back story gives the series greater meaning. I loved it. I hope you will too. 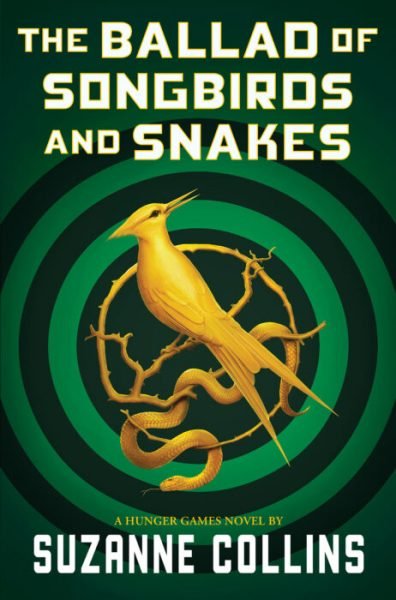