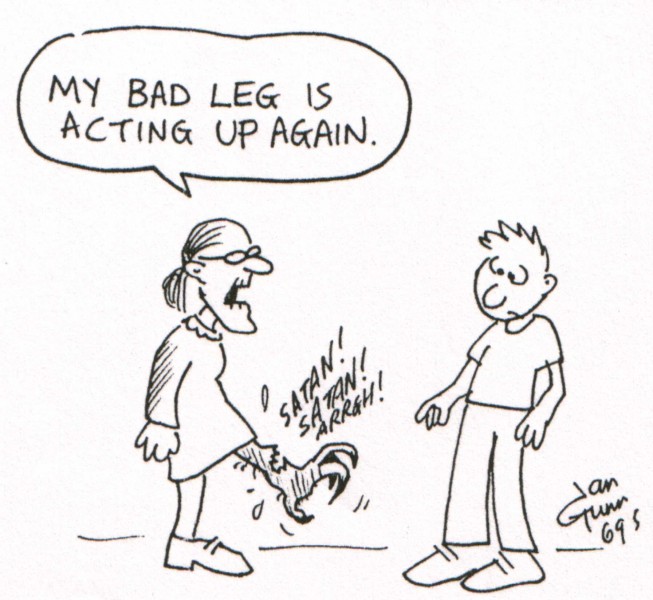 This elderly woman’s bad leg is calling on Satan. Ian Gunn was a punny man, pun-ishing his fans with acute new angles on common sayings. I will now go and sit in my corner and repent for my even worse attempts at pune humour.