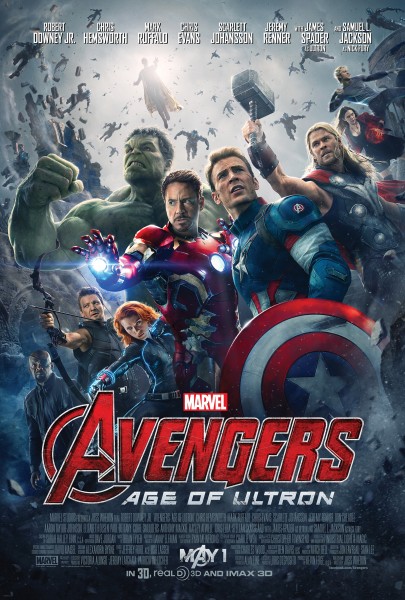 The Avengers assemble to defeat a sentient peacekeeping android built by Tony Stark and Bruce Banner after the android realises the most effective way to keep peace is to destroy humanity.

Avengers: Age of Ultron is a great superhero movie. It has everything you need to pull off a hit in the genre.

Stellar cast? Check. The Avengers have assembled as they have been portrayed in the past (though the Hulk is still a bit confused). Downey, Hemsworth, Renner, Evans, Ruffalo, Johansson and Jackson know their characters and excel in the roles. Olsen and Taylor-Johnson make great new additions to the cast as the Scarlet Witch and Quicksilver respectively. They add to the story without overplaying their roles or taking anything away from the plot.

Humour? Check. The classic humour found throughout the Marvel Cinematic Universe is present in abundance.

Mid-credits sequence? Check! Blink and you’ll miss the actor under their make-up, but they’re one of my personal favourites.

WTF moments? Check. No spoilers, but you will find yourself seeing certain characters in a different light at the end of Avengers: Age of Ultron.

Avengers: Age of Ultron is a great example of a superhero movie done correctly. There might be inconsistencies and plot holes but you get so caught up in the action, the story and the great characters that these flaws can be easily overlooked. Go see the ‘splodey superhero movie for the ‘splosions and superheroes and you will leave a happy cinema goer.

‘I was designed to save the world. People would look to the sky, and see hope… I’ll take that from them first!’