First there was #AuthorsForFireys, which is also known as #AuthorsForFiries because Australians can’t decide how to spell it. ‘Firey’ or ‘firie’ is short for ‘firefighter’. Because Australian. It’s who we are. As the extent of the deathtoll and injured wildlife started to really sink in, some authors and artists decided to support wildlife rescue centres. Injured, burnt, dehydrated animals are emerging from the bush in droves. Many Australians are carrying them out of the bush, picking them up from the side of the road. The effort is enormous but resources are stretched all too thinly. Thus #AuthorsForWildlife began.

#AuthorsForFireys is a brilliant initiative from Emily Gale and Nova Weetman, and it’s great to see so much support for it.

Another excellent Twitter fundraiser along the same lines is #AuthorsForWildlife, started by Sophie Cunningham. It works along the same lines. Authors are offering books (and in some cases manuscript assessments / consultations) to the highest bidder on each person’s thread who makes a donation to specified wildlife bushfire rescue/rehab organisations. There are all kinds of great things on offer.

I’m proud to include my new kids’ book Ninja Bandicoots and Turbo-Charged Wombats in the fundraiser. It is about conservation champions, including scientists and zookeepers, who are at the cutting edge trying to pull our most endangered species back from the brink. And it’s about the animals they are saving. It was a privilege to tell their stories. My book offers a ray of hope that’s needed now more than ever.

Go to Twitter and search out #AuthorsForFireys and #AuthorsForWriters to check out the offerings and support one of these great causes.

The scale of #wildlife loss as #AustraliaBurns is heart-wrenching, but there is hope. My new @BlackIncBooks, Ninja Bandicoots & Turbo-Charged Wombats, tells of amazing work being done to save our #animals from extinction. A signed #authorsforwildlife copy is on offer: see thread pic.twitter.com/l0pjYzgjVZ

The scale of #wildlife loss as #AustraliaBurns is heart-wrenching, but there is hope. My new @BlackIncBooks, Ninja Bandicoots &amp; Turbo-Charged Wombats, tells of amazing work being done to save our #animals from extinction. A signed #authorsforwildlife copy is on offer: see thread https://t.co/l0pjYzgjVZ.

The only other thing I would add is that my fabulous publisher, the Nero imprint of Black Inc, is donating $2 for every copy of Ninja Bandicoots and Turbo-Charged Wombats sold until Sunday night. (Just for the record: I did the book on a flat fee, so I’m plugging it to benefit the cause, not for personal gain.)

Want confirmation all this is legit?

The Sydney Morning Herald ran an article about the Authors for Fireys fundraising effort on twitter.

The #AuthorsForFireys auction is taking place only on Twitter from Monday 6th January. It ends at 11pm AEST on Saturday 11th January. Scores of authors, illustrators and book industry people will host their own individual auction under the hashtag #AuthorsForFireys. (Also #AuthorsForFiries and now #AuthorsForWildlife). Bids will take place on each tweet. At the end, the highest bidder donates the amount directly to the firefighters fund or the Wildlife fund. After receiving proof of donation, Authors will dispatch or arrange delivery of the goods/services.

Given the $18million fundraiser (and climbing, thanks Celeste Barber) for the NSW RFS this week, proceeds from the fireys’ auction are going to the CFA (Victoria). 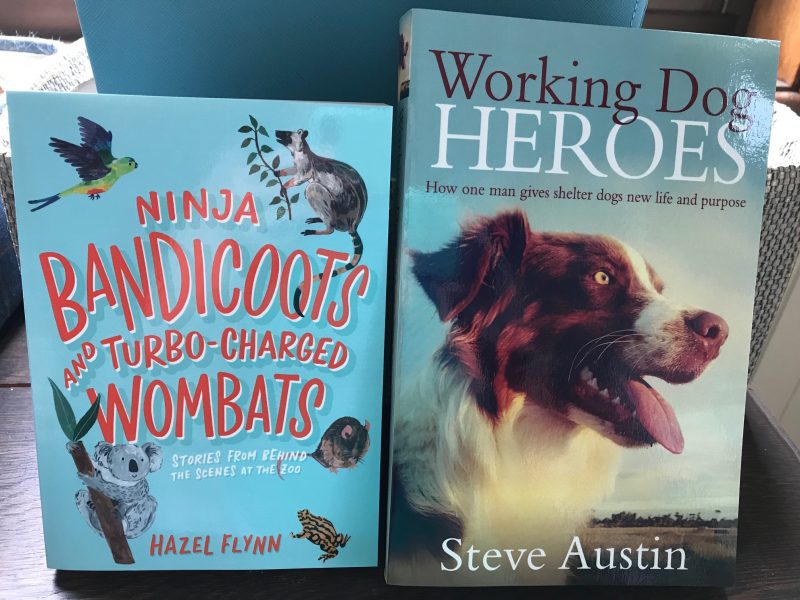