This podcast features author Rob MacDonald who is donating items for the #AuthorsForFireys auction to raise money for the fire fighting effort here in Australia. The full set of #AuthorsForFireys interviews will be here as soon as they are published.

Rob MacDonald is a Kiwi living in Melbourne with his two daughters. And an extended rainbow family including HarryCat and Stevie Nicks the chicken. He attended Faber Academy’s Writing a Novel Stage 1 and Stage 2. So an excerpt of The Nancys was published in the Faber Writing Academy ‘Writing a Novel’ Anthology, Allen & Unwin (2016). While studying journalism, Rob realised that writing fiction, rather than reporting facts, is his true calling. The Nancys was Highly Commended for an Unpublished Manuscript in the 2017 Victorian Premier’s Literary Awards.

#AuthorsForFireys Auction ends 11pm Sat. 12 Jan. All proceeds to CFA. Reply to this thread to bid.
🔎Your name mentioned in the next Nancys book (as a Ferret owning salon customer) PLUS 🔎1 x signed copy of THE NANCYS. I will match the winning bid donation (up to $500) pic.twitter.com/cQycKl17nK

Rob MacDonald says: #AuthorsForFireys Auction ends 11pm Sat. 12 Jan. All proceeds to CFA. Reply to this thread to bid. 🔎Your name mentioned in the next Nancys book (as a Ferret owning salon customer) PLUS 🔎1 x signed copy of THE NANCYS. I will match the winning bid donation (up to $500).

(Computer and cat not included.)

The #AuthorsForFireys auction will take place only on Twitter from Monday 6th January, ending at 11pm AEST on Saturday 11th January. Scores of authors, illustrators and book industry people will host their own individual auction under the hashtag #AuthorsForFireys and bids will take place on each tweet. At the end, the highest bidder will donate the amount directly to the firefighters fund, and the goods/services dispatched once proof of donation has been received.

Given the $18million fundraiser (and climbing, thanks Celeste Barber) for the NSW RFS this week, proceeds from this auction are going to the CFA (Victoria). 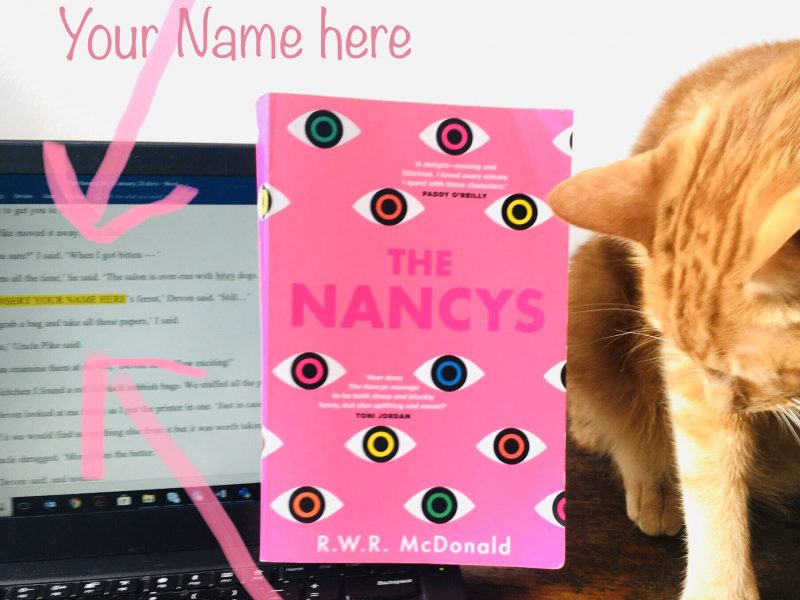