I’m a Melbourne novelist, essayist and blogger. Like everyone, I’ve been horrified by the impact of the bushfires. A good friend of mine has lost her house in Mallacoota, and we’ve all seen the scary and heartbreaking images on the news.

I’m participating in #AuthorsForFireys because it seems like a creative way that authors can make an additional contribution on top of our own personal donations.

I’m auctioning a hardback first edition of my new novel Death of a Typographer – the hardback has sold out so you won’t find it in the shops. The Age called it “Clever, stylish and very funny.” It’s a beautiful book with design by Stephen Banham, one of the country’s top designers. He’s picked out more than 30 fonts for the internal pages and created a cover in the style of 1960s Penguin books. The book is a stylish artefact for anyone who appreciates design. I’m going to sign a copy for the top bidder and write them a personalised font joke. I’ll also match whatever their donation is with one of my own.

I'm auctioning a hardback copy of Death of a Typographer for #authorsforfiries #AuthorsforFireys. Beautifully designed book, I'll sign it and write you a personalised font joke. #typography pic.twitter.com/KcZJnNxSWp

I’m auctioning a hardback copy of Death of a Typographer for #authorsforfiries #AuthorsforFireys. Beautifully designed book, I’ll sign it and write you a personalised font joke. #typography.

The #AuthorsForFireys auction is taking place only on Twitter from Monday 6th January. It ends at 11pm AEST on Saturday 11th January. Scores of authors, illustrators and book industry people will host their own individual auction under the hashtag #AuthorsForFireys. (Also #AuthorsForFiries and now #AuthorsForWildlife). Bids will take place on each tweet. At the end, the highest bidder donates the amount directly to the firefighters fund or the Wildlife fund. After receiving proof of donation, Authors will dispatch or arrange delivery of the goods/services.

Given the $18million fundraiser (and climbing, thanks Celeste Barber) for the NSW RFS this week, proceeds from the fireys’ auction are going to the CFA (Victoria). 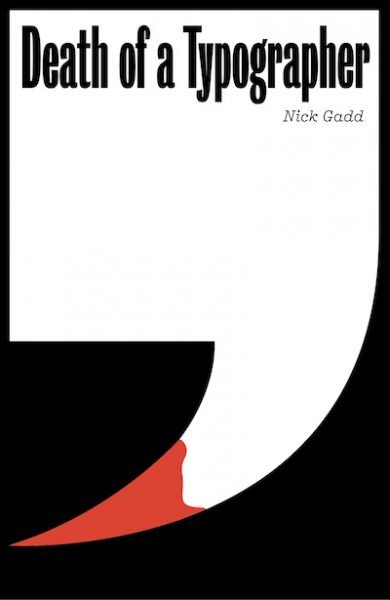