Twelve-year-old Artemis Fowl is a millionaire, a genius, and above all, a criminal mastermind. But even Artemis doesn’t know what he’s taken on when he kidnaps a fairy, Captain Holly Short of the LEP (Lower Elements Police). These aren’t the fairies of bedtime stories—they’re dangerous and cunning!

Artemis Fowl is the first book in the Artemis Fowl series. A friend told me that it was these books that finally got her son to start reading and enjoying books. I can totally see why! From start to finish, Artemis Fowl is a riveting, magical adventure. It is so full of twists and turns, fun and fantasy. It is a book you will want to gobble down in one sitting. This is absolutely what I did. My intention was to read a few chapters to see if it was suitable for me to read to my bookworms. I fully blame Colfer’s gripping story telling for this not happening!

Fairies are taking over the world. Again.

From the start it seems Artemis Fowl is going to be about Artemis Fowl, the criminal boy genius with amazing powers of deduction. But then an elite squad of fairies (and other fantastical creatures) take over the story. This is not a disappointment because they are interesting and comical. The story continues to move with speed and excitement no matter which character is in focus.

Artemis’ character is a likable bad guy. I found myself championing him, even if I did not want him to fully succeed against the fairies. For me, what really made the book was the secret, highly advanced fairy world created by Colfer. He really succeeds in turning the glittering, girlish quaintness of fairyland on its head, instead creating an organised, almost militant, group. I adored this take on fairies. Captain Holly Short and her feistiness is sure to appeal to my bookworms. She is a bit of a kick ass role model!

If you are young at heart, have kids to read to, or have reluctant readers, I cannot recommend Artemis Fowl enough. It is bound to bring laughter aplenty and hours of entertainment. I picked up this book after a recommendation from a friend (Me. – Editor) and boy was I rewarded. Colfer has created a series set to absorb the imagination for generations to come. Personally I can not wait to get my hands on the second book in the series because I need more from Artemis and the gutsy fairy kingdom.

All the Artemis Fowl books were released while my son was growing up. You don’t want to see how battered those books are now. When I interviewed Eoin Colfer I was kind of embarrassed to hand over my son’s most precious book in the series to be autographed because it was SO battered. (I thought it was too rude to take the entire series.) – Editor. 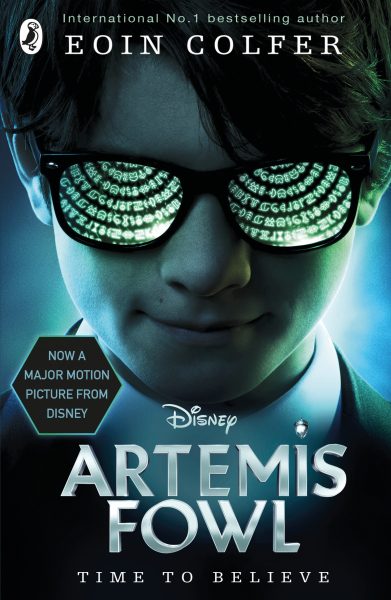