History and fantasy
By Andrea Cremer 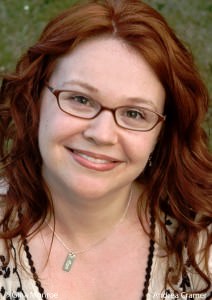 I came to the writing of fantasy by a strange route – the study and teaching of history. Some might find it surprising that a historian of the early modern era would find equal joy in writing about a 21st century world full of witches and wolf warriors, but to be honest, building a bridge between my worlds always struck me as natural rather than antithetical.

The histories that I investigate as a scholar are populated by people who believed that the “wonders of the invisible world” acted upon their daily lives. Documentation of events that modern sensibilities would dismiss as fantastic or impossible was taken with deadly seriousness: spectral beings presented as evidence in court cases, werewolves hunted down, tried, and executed. These things happened not as bedtime stories to frighten children, or as elaborate tales meant only to entertain, but as the quotidian makeup of a 17th century life.

History and fantasy are closer cousins than most scholars would be comfortable admitting, as are science and magic. With the rise of professional scholarship and the social sciences in the 19th century, the academy began to find its security in a foundation of empirical evidence and a framework of hypotheses and rationality.

No foundation, however, is without cracks and through these fissures seep lingering traces of a past in which the lines between myth and reality blur. This scholar can’t help but wonder if the impulse to create a parallel life of writing fantasy alongside my research grew from deep roots extending to the place where fact and fantastic remain ever entwined.

I’m often asked if I would write in a genre other than paranormal/fantasy. It’s hard to imagine doing so. Fantasy was my bread and butter from my earliest books. Even in non-fantasy genres I related most closely to fantasy elements. For example, I loved Anne of Green Gables for the creative worlds Anne constantly dreamed up. After all, it’s not just any heroine who ends up stranded in a river because she was pretending to be the Lady of Shalott.

I also am committed to the ways in which fantasy has been on the leading edge of social issues. Questions about gender and sexual power, racial ideologies, and hot-button political topics have long found expression in sci-fi and fantasy. Writers Octavia Butler, Ursula K. LeGuin, and many others in the genre have brought readers face to face with today’s problems set in tomorrow’s worlds. The author who shaped my view of both history and fantasy more than any other is Marion Zimmer Bradley. Bradley’s most well-known novel is The Mists of Avalon – a retelling of Arthurian legend from the point-of-view of Morgan le Fey. Rather than taking on her traditional role of witch/villainess, the Mists of Avalon presents Morgan le Fey’s coming of age story in a world becoming increasingly hostile to women’s power and ancient beliefs. The Mists of Avalon showed me the importance of recognizing that history is shaped by its writers and that approaching a familiar tale from a feminist perspective can alter the meaning of our legends and histories in important, provocative ways.

Being in the realm of the impossible makes writers and readers braver, and more able to take on timely and challenging subjects. Fantasy writers give a voice to the voiceless in ways that characters in other genres aren’t able to, forecasting social change well before it takes root in contemporary culture.

For as long as I can remember I’ve been dreaming up other worlds, other times, fantastical scenarios, and supernatural gifts that would make life more interesting. To write about characters and places that lack those magical elements would leave me a little sad.

It would also make me feel like a liar. The worlds I study and the world I live in are steeped in a rich tradition of myth, magic, and mischief. Fantasy doesn’t exist in a realm outside of humanity, but manifests from our blood and bone – chasing us through life, lingering in death. Our myths evolve along with our society, changing but never vanishing.

These qualities may be what I love most about fantasy: its longevity and flexibility. Fantasy and paranormal tales are tied up in human culture. Our mythologies going back as far as histories – both oral and written – record include episodes of magic, mystery, miracle. Fantasy is a vital part of the human condition. And I’m glad for it. 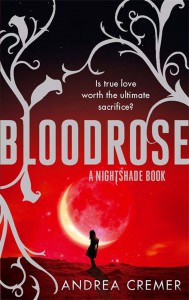